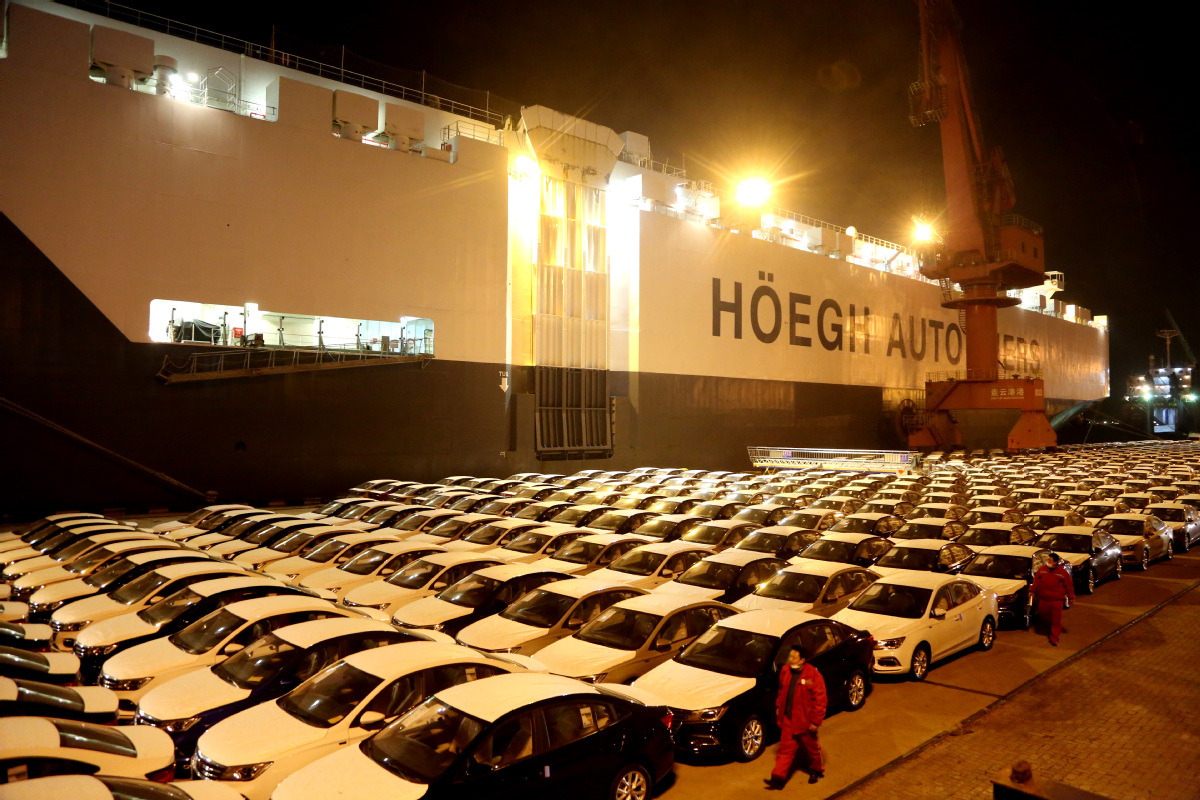 Hundreds of domestically-made cars, which will be exported to Saudi Arabia, are parked at a port in Lianyungang, Jiangsu province, on March 14. (File photo: China Daily)

Non-financial ODI in 153 countries and regions stood at 169.03 billion yuan (about 24.22 billion U.S. dollars) during the period, according to the Ministry of Commerce.

Chinese companies enhanced cooperation with countries participating in the Belt and Road Initiative in the first three months, adding a total of 4.2 billion dollars of new investment, up 11.7 percent from the previous year.

China's investment mainly flowed into sectors including leasing and business services, wholesale and retail, manufacturing and mining, according to the ministry.

The value of newly signed deals saw a year-on-year increase of 13.2 percent to reach 386.5 billion yuan, with big projects taking the lion's share.

During the period, the number of projects with a contract value exceeding 50 million dollars came in at 187, up by 10 from a year earlier. The total contract value of those projects amounted to 45.74 billion dollars, accounting for 82.6 percent of the newly signed contracts.