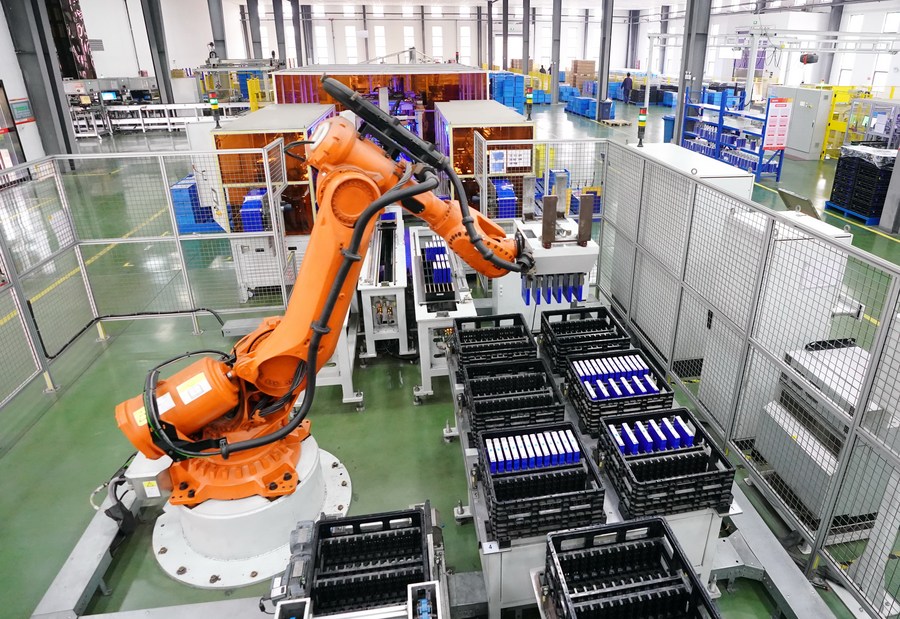 The recovery of China's factory activities continued to accelerate at a solid pace in December, though it slowed down a bit from the previous month, as the world’s second-largest economy continued to recover from the COVID-19 downturn, official data showed on Thursday.

According to official data released by the National Bureau of Statistics (NBS) on Thursday, China's manufacturing Purchasing Managers' Index (PMI) was 51.9 in December. The manufacturing PMI has stayed above the 50 mark for ten consecutive months.

The December reading slowed from the November PMI reading, which was 52.1, the highest in more than three years.

The official non-manufacturing PMI also fell to 55.7 in December from 56.4 in November.

The 50-point mark separates expansion from contraction on a monthly basis.

In December, China’s economic recovery continued to strengthen. The December PMI data, though 0.2 percentage points lower than that of November, saw the manufacturing industry as a whole maintain a good momentum of steady recovery, said NBS senior statistician Zhao Qinghe.

According to the NBS, the PMI of large and medium-sized enterprises were both up, indicating a continuing expansion momentum, while the PMI of small enterprises was 48.8, about 1.3 percentage points lower than last month, falling below the 50-point mark.

Rising cost of raw materials, logistics and labor have led to rising operation costs and squeezed profits from these firms, said the NBS.

December also witnessed the steady expansion of China's foreign trade, with the new export order index and import order index hitting 51.3 and 50.4 respectively, staying in the expansion range for a fourth straight month.

“The slight slowdown from November does not mean China’s economic recovery is experiencing a downturn,” Dong Dengxin, director of the Finance and Securities Institute at the Wuhan University of Science and Technology, told the Global Times on Thursday.

As long as the reading is in the expansion range, China’s road to recovery is on the right track, said Dong.

However, analysts also indicated that a sporadic COVID-19 outbreak may affect the later PMI reading in the following months.

“The coronavirus may impact holiday consumption and demand, and also inevitably drag the recovery of the services sector, such as the catering industry,” Dong said.