The key to boosting domestic demand is to develop the real economy, which the government is supporting with the launch of new financial and fiscal policies, experts said on Tuesday. 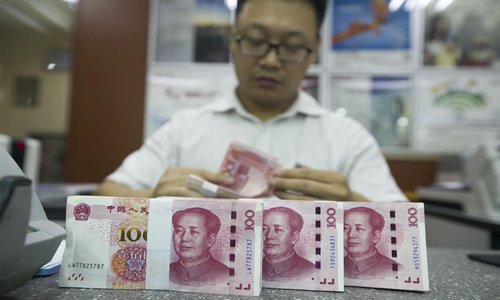 The Chinese government will launch financial and fiscal policies to help expand domestic demand, adjust the national economic structure and stimulate the development of the real economy, Premier Li Keqiang said during a State Council executive meeting on Monday, according to a statement published on the government website gov.cn on Monday.

Wan Zhe, chief economist with the International Cooperation Center of China's National Development and Reform Commission, said that the government has always attached importance to boosting domestic demand, but now its significance for the domestic economy is particularly strong given the rise of global protectionism and the slowdown in investment-driven growth in the country.

Her view was echoed by Cong Yi, an economics professor at the Tianjin University of Finance and Economics, who argued that China has to shift its economic growth focus back to domestic demand, as the export sector is weakening amid pressure from external factors such as the China-US trade dispute.

"To boost domestic demand, the most important thing is to boost the real economy, and the government wants to hit that goal with the help of fiscal and financial policies," Cong told the Global Times on Tuesday.

He also said there is still a great deal of untapped potential in terms of domestic demand, partly because of the current limitations of China's manufacturing sector.

In terms of monetary policy, Li said that the government should maintain an "appropriate" degree of tightness so that financing and liquidity can be kept at a sufficient level.

"This is important as China's financing costs are relatively high, and many enterprises are short of capital nowadays," Cong said.

But he said the policy should not be interpreted as "monetary loosening,"as the government will only ease liquidity for the real economy.

"If the government were to release large-scale capital via monetary policy, it would not want to see the money flowing into the virtual economy," Cong said.

According to Li, the government will direct capital released via cuts in the reserve requirement ratio to be used in supporting small companies and micro  enterprises. The government will also encourage commercial banks to issue financial bonds for micro enterprises, and there will be fiscal policies focused on tax reduction, Li noted.

Xu Zhong, director of the research bureau at the People's Bank of China, the central bank, published an article on domestic news website sina.com on July 13 saying that China's current fiscal policies are not active enough.

But both Wan and Cong said that policy changes alone won't be enough to lift the real economy sector.