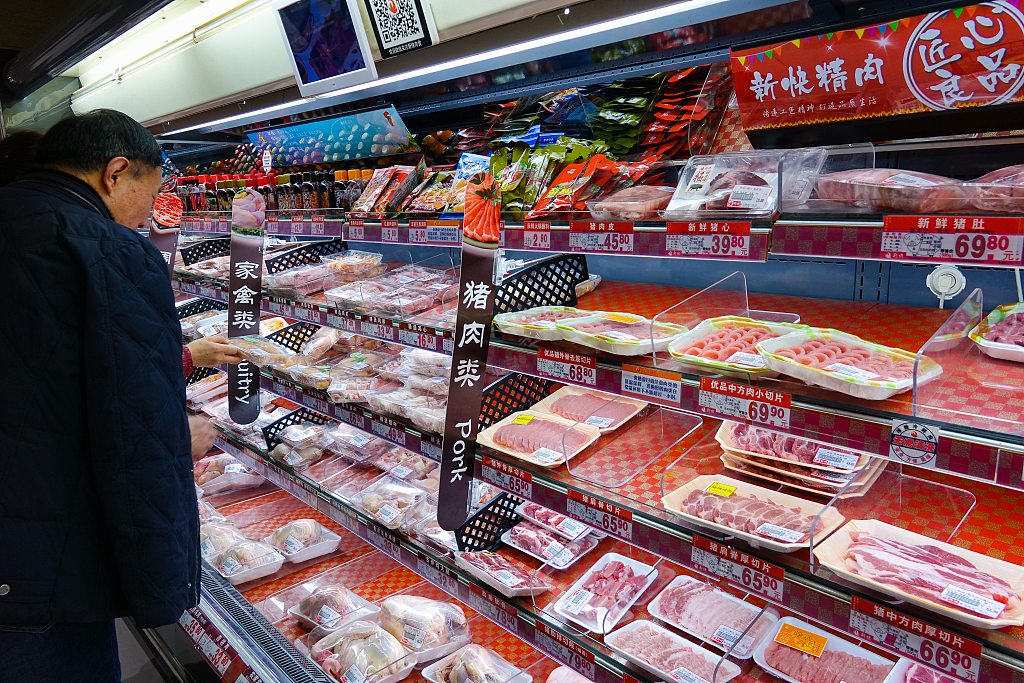 From March 9 to 13, the average pork price index in 16 provincial-level regions tracked by the Ministry of Agriculture and Rural Affairs came in at 48.31 yuan (about 6.9 U.S. dollars) per kg, down 0.5 percent week on week.

China's consumer prices will rise at a slower pace over the rest of the year as the country has largely curbed the spread of the novel coronavirus disease (COVID-19) and business activities have steadily returned to normal, according to the National Development and Reform Commission.

Retail prices of pork in supermarkets and other marketplaces monitored by the commission have kept falling during the past 30 days, mainly due to the release of frozen pork from state reserves.