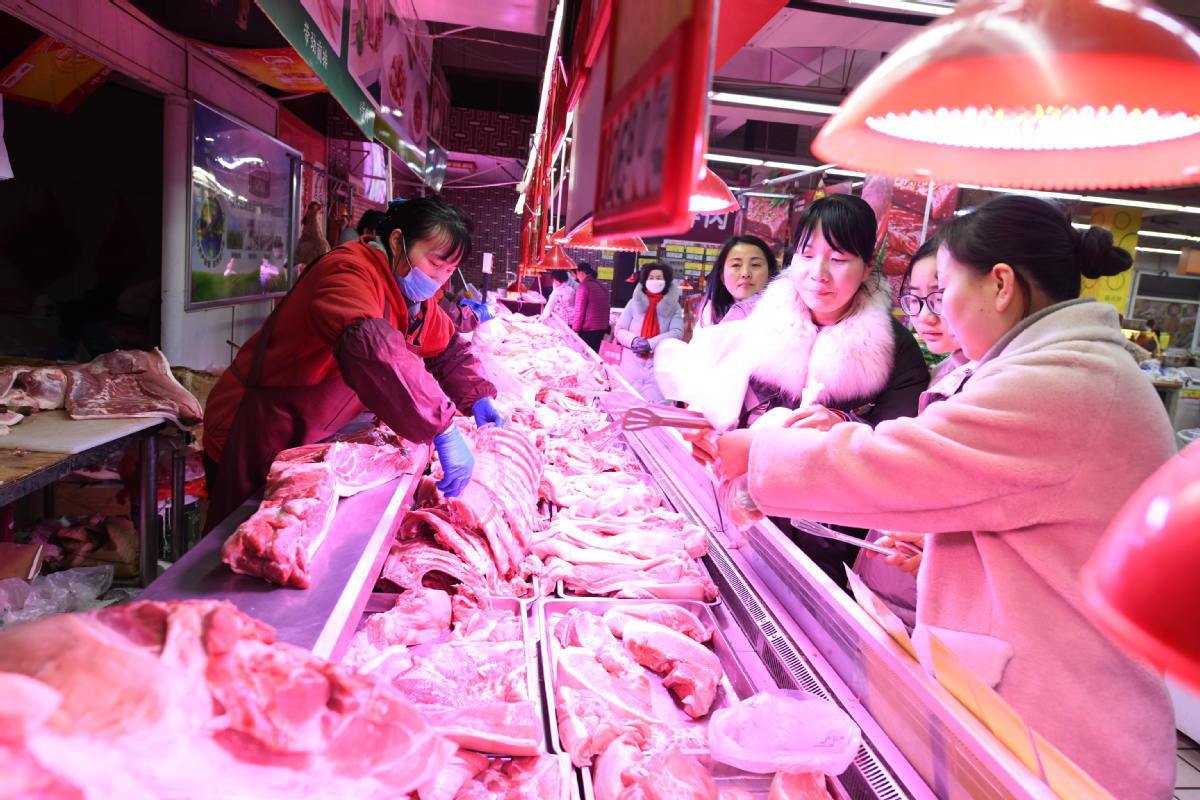 From March 16 to 20, the average pork price index in 16 provincial-level regions tracked by the Ministry of Agriculture and Rural Affairs came in at 47.52 yuan ($6.7) per kg, down 1.6 percent week-on-week.

The price retreat came as China is making headway in resuming hog production as a string of targeted policies have taken effect.

China's breeding sows in stock in 400 counties monitored by the ministry expanded by 1.7 percent month-on-month in February, growing for the fifth consecutive month, according to the ministry.

China will expand the scale of subsidized loans and increase risk tolerance on loans to pig farmers as part of efforts to boost hog production.