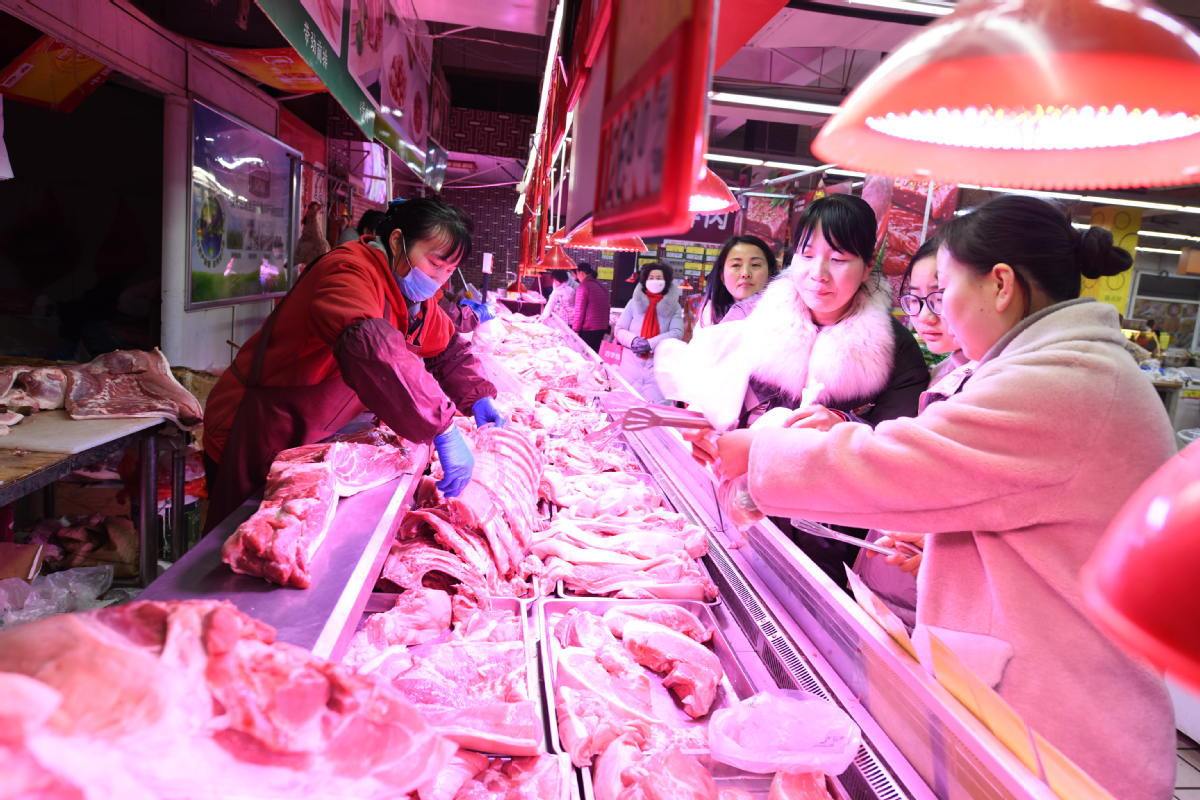 From Feb 17 to 21, the average pork price index in 16 provincial-level regions tracked by the Ministry of Agriculture and Rural Affairs came in at 50.85 yuan ($7.1) per kg, down 0.7 percent week on week.

Pork prices surged 116 percent in January from one year earlier, and together with other food price rises, pushed the growth of the consumer price index to its highest level in more than eight years.