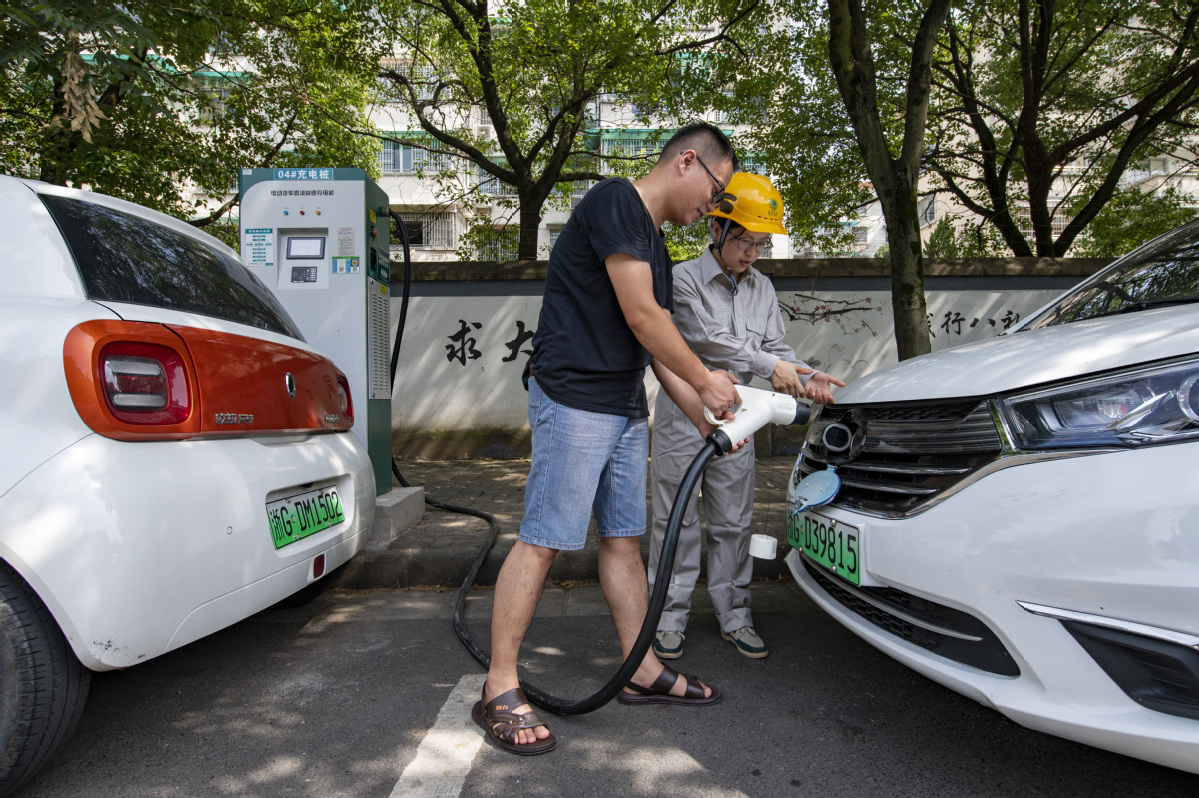 A technician instructs a driver how to operate super-charging equipment in Jinhua, Zhejiang province, in July. [Photo by HU XIAOFEI/FOR CHINA DAILY]

Last month, the installed capacity of power batteries for NEVs rose by 121 percent, year-on-year, to a total of 27.8 gigawatt-hours (GWh), according to the China Association of Automobile Manufacturers.

Specifically, about 17.2 GWh of lithium iron phosphate (LiFePO4) batteries were installed in NEVs, up 138.6 percent from a year earlier, accounting for 62 percent of the monthly total.

According to the association, China's NEV market continued to maintain growth momentum in August, with sales doubling over August 2021 to 666,600 units.