China's producer price index (PPI), a gauge of factory inflation, dropped 3 percent in June compared to the same period last year, but improving from a 3.7 percent drop in May amid a mild recovery in international and domestic demand. 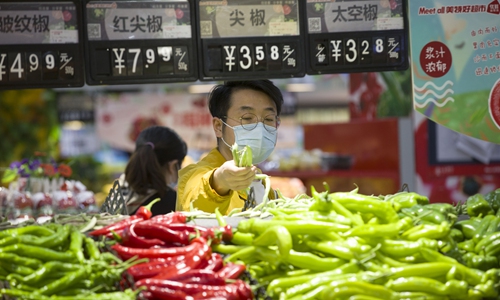 Although it was the fifth consecutive monthly fall since February, the narrowing decline in PPI indicates the overall resumption of the international commodity market and the stable recovery of China's manufacturing industry, Tian Yun, vice director of the Beijing Economic Operation Association, told the Global Times.

"China's manufacturing and exports have been taking a heavy hit since the coronavirus crisis began, and the recently slowing decline shows that there is a mild improvement in demand in the international market. And China's manufacturing sector, which is already beginning to recover, will benefit further from that."

However, as the coronavirus is still largely uncontained in the US and many of China's other trade partners, the PPI is expected to remain in negative growth in the months to come, Tian said, and exports will see a gradual but slow recovery within the year.

China's consumer price index (CPI) rose by 2.5 percent year-on-year in June, official data showed on Thursday, picking up from May's 2.4 percent and in line with forecasts.

Compared to May, food prices increased 0.2 percent in June, contributing 0.04 percentage points in the CPI rise, said Yao Lijuan, an analyst from the National Bureau of Statistics (NBS). Pork prices rose 3.6 percent in June, and prices of vegetable jumped 2.8 percent due to a short-term supply shortage caused by flooding and Beijing's coronavirus resurgence.

"The short-term increase in consumer prices is not likely to stay longer than the month," Tian said. "With supplies of pork and vegetables resuming quickly, the short-term factors will not cause drastic fluctuations in the CPI."