BUSINESS China's PPI up 4.1 pct in May

China's producer price index (PPI), which measures costs for industrial goods at the factory gate, rose 4.1 percent year on year in May, the National Bureau of Statistics (NBS) said Saturday. 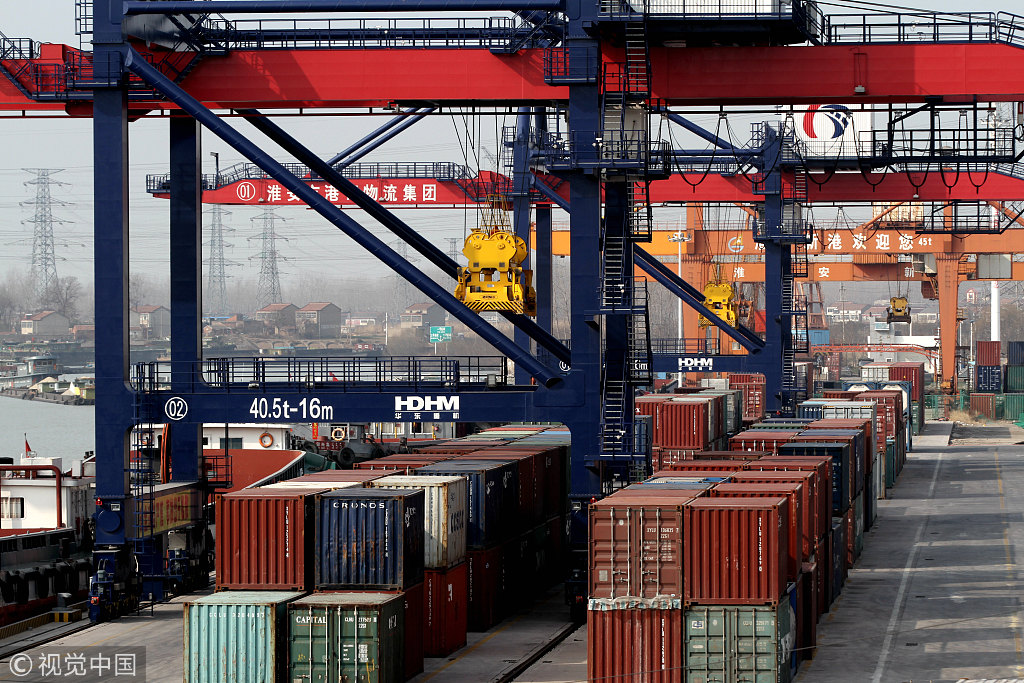 The growth was 0.7 percentage points higher than that in April, as the factory prices of production materials and consumer goods both grew faster year on year.

Oil and gas extraction, fuel processing industries, the smelting, rolling and processing of black metal and nonferrous metals, chemical materials and products pushed up the PPI growth by 0.67 percentage points.

The sectors of nonmetal mineral product manufacturing as well as coal mining and dressing posted slower growths in factory prices.

NBS Statistician Sheng Guoqing said that the carry-over effects resulted in a rise of 3.9 percentage points in the PPI growth, with the remaining expansion of 0.2 percentage point generated by new price-rising factors.

Sheng also noted that the PPI index posted a month-on-month rise of 0.4 percent in May, reversing the decline trend since February, as the factory prices of production materials no longer declined.

In May, the factory prices of production materials edged up by 0.5 percent month on month, compared to a decline of 0.2 percent in April. In February and March, the declines were 0.1 percent and 0.2 percent respectively.

Sheng said that of the 40 industrial sectors polled, 25 sectors posted higher prices in May, 13 more than in April.

Oil and gas extraction as well as fuel processing have both seen their factory prices grow faster as a result of the price hikes in the international crude oil market.

The strong demand for steel also lifted up the factory prices of the products of the black metal smelting, rolling and processing sector.

The three sectors contributed a rise of 0.3 percentage points to the PPI growth, accounting for 75 percent of the index's chain growth, Sheng said .