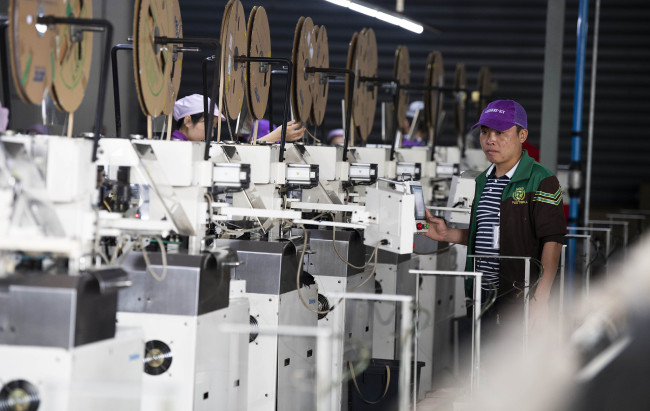 Industrial output of private, small- and medium-sized industrial enterprises jumped by 8 percent and 7.1 percent, respectively, with a 5.6-percent increase in the entire industrial sector, Huang Libin, spokesperson with the Ministry of Industry and Information Technology, told a press conference.

The industrial sector maintained overall stability, as the 5.6-percent increase in industrial output is within the government's annual target of 5.5 to 6 percent and the decline in corporate profits has slowed down, Huang said.

In the first eight months, the profits of China's major industrial firms dropped 1.7 percent and the decrease rate was 0.7 percentage points lower than that in the first half, data showed.