BEIJING, Nov. 16 (Xinhua) -- China's investment in property development rose 6.3 percent year on year in the first 10 months of 2020, picking up from the 5.6-percent increase in the first nine months, the National Bureau of Statistics (NBS) said Monday. 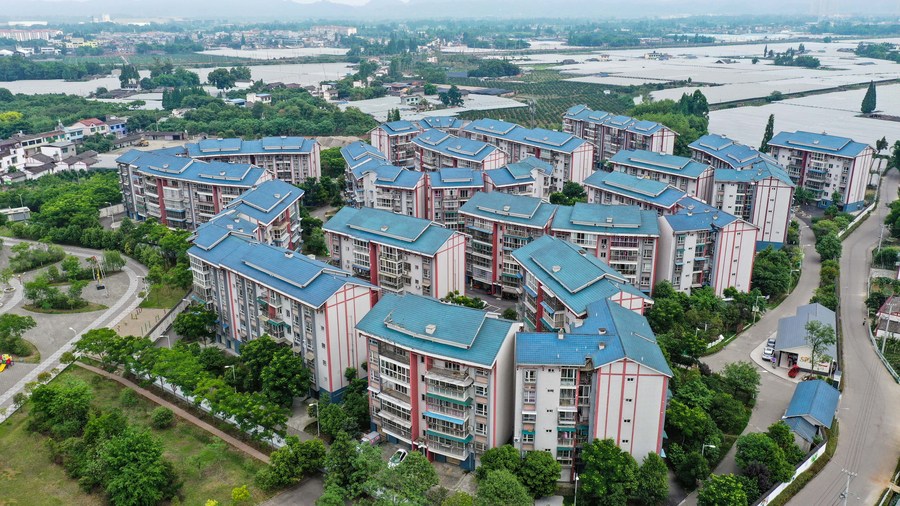 Total property investment in the period stood at 11.66 trillion yuan (about 1.77 trillion U.S. dollars), the NBS said.Investment in residential buildings came in at 8.63 trillion yuan, up 7 percent from the same period last year, quickening from the 6.1-percent rise in Jan.-Sept. period.Commercial housing sales in terms of floor area totaled 1.33 billion square meters in the first 10 months, basically unchanged compared with the same period last year.In terms of value, commercial housing sales rose 5.8 percent year on year to 13.17 trillion yuan in the first 10 months, widening from the 3.7-percent increase in the first nine months.The property development climate index compiled by the NBS went up slightly by 0.08 points from September to 100.5 points in October.Monday's data also showed that China's housing market remained stable in October, with slower month-on-month growth in home prices in major cities, data showed.New home prices in four first-tier cities -- Beijing, Shanghai, Guangzhou and Shenzhen -- rose by 0.3 percent month on month in October, 0.1 percentage points slower from a month earlier, according to data from the NBS.China has reiterated the principle that "houses are for living in, not speculation." While curbing housing price speculation, the country will also implement city-specific policies in the sector, according to this year's government work report.