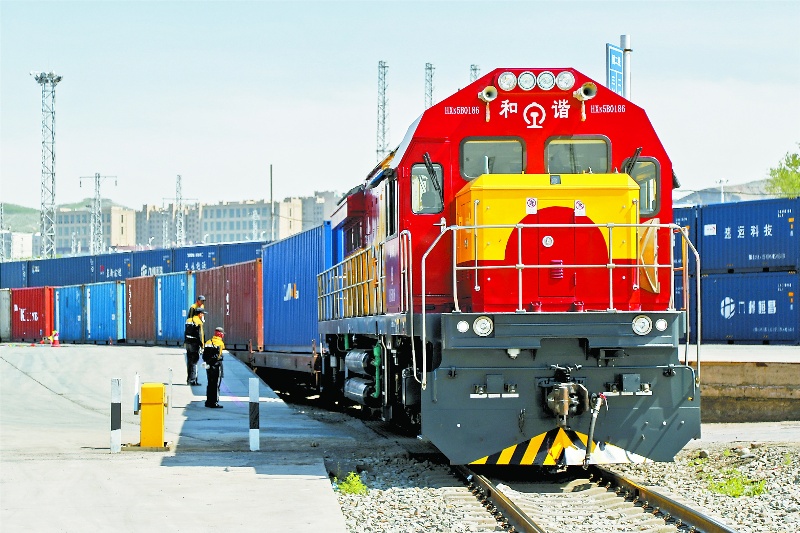 A China-Europe freight train bound for Almaty, Kazakhstan sets out from Urumqi, Xinjiang Uygur autonomous region, on May 25, 2019. [Photo/xjdaily.com]

BEIJING - China's rail freight transport volume, an indicator of broad economic activity, rose 3.9 percent year-on-year in May, a sign of recovery from the COVID-19 shock after continuous efforts to contain the epidemic.

During the January-May period, the railways transported a total of 1.39 billion tons of cargo, an increase of 2.7 percent from the same period last year.

The continuous growth of railway cargo transport, whose operation has been at a high level, reveals the sound momentum of the resumption of China's economic and social development order, said an official with the company.