China's rail freight up 6.1% in Jan-April 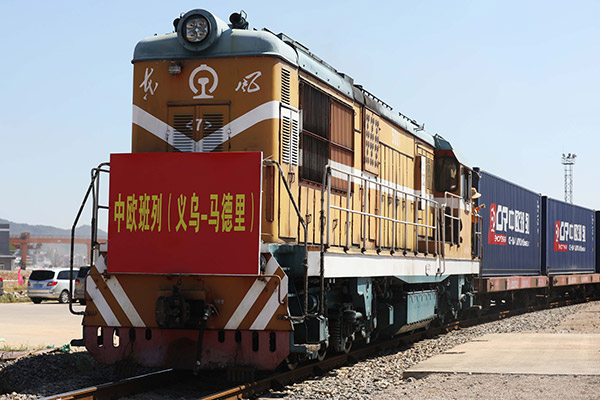 A freight train, which travels between Yiwu, Zhejiang province, and Madrid, in Spain, is parked in Yiwu. [Photo by Zhu Xingxin / China Daily]

Railways carried 1.29 billion tons of cargo in the Jan-April period, up 6.1 percent from a year earlier, according to figures from the National Bureau of Statistics (NBS).

In April alone, rail freight volume was up 1.4 percent year-on-year to 305.5 million tons.