China's real economy is enjoying more support from the financial sector as policymakers continue to roll out tailored policies. 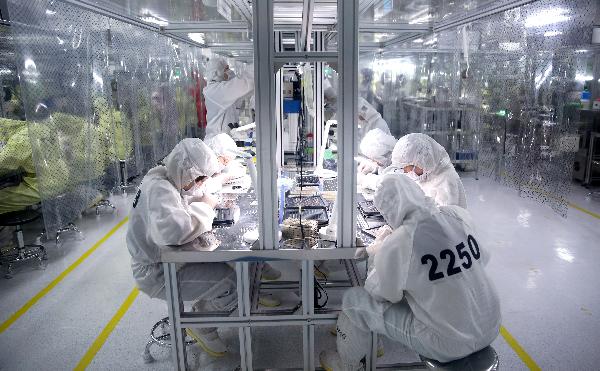 "Generally speaking, these policies have been implemented in an orderly manner and taken effect gradually," he said, referring to efforts including maintaining liquidity in the banking system and optimizing loan structure.

Policymakers aim to accomplish the dual-task of taming financial risks and promoting the sector to play a more significant role in bolstering the real economy, in particular, cash-hungry private and small businesses.

In the first half of 2018, the government made significant efforts to cut costs for the real economy, including maintaining robust public spending and scaling up tax and fee cuts. The government also introduced tax incentives and other measures to make financing more accessible and affordable for small and micro enterprises.

Banks and insurers have been told to strengthen their financial services to small- and micro-enterprises, private firms, infrastructure projects and foreign trade companies, according to a document released last week by China's Banking and Insurance Regulatory Commission (CBIRC).

China's new yuan-denominated loans stood at 10.48 trillion yuan ($1.5 trillion) in the first 7 months, and bank lending to small and micro firms rose 1.6 trillion yuan, faster than the increase in overall bank loans during the period.

"Loans to infrastructure and small firms contributed half of the total last month, a sign that the targeted credit policy has started to take effect," said Wu Wen with Bank of Communications.

The government said major export-oriented enterprises facing temporary downturns will receive special support in financing to stabilize their footing in the international market.

The insurance sector is also expected to play a bigger role in boosting China's real economy, as the CBIRC highlights its flexibility in serving major national strategies and key projects.

"Insurance funds have emerged as an important catalyst to real economy transformation and industrial structure revamp," said Zhu Junsheng, a researcher with the Development Research Center under the State Council.

"Concerns over government's debt have seen less involvement of insurance funds in local infrastructure development. But as regulators are fine-tuning the transmission mechanism of monetary policy, the situation will change to some extent," Zhu said.