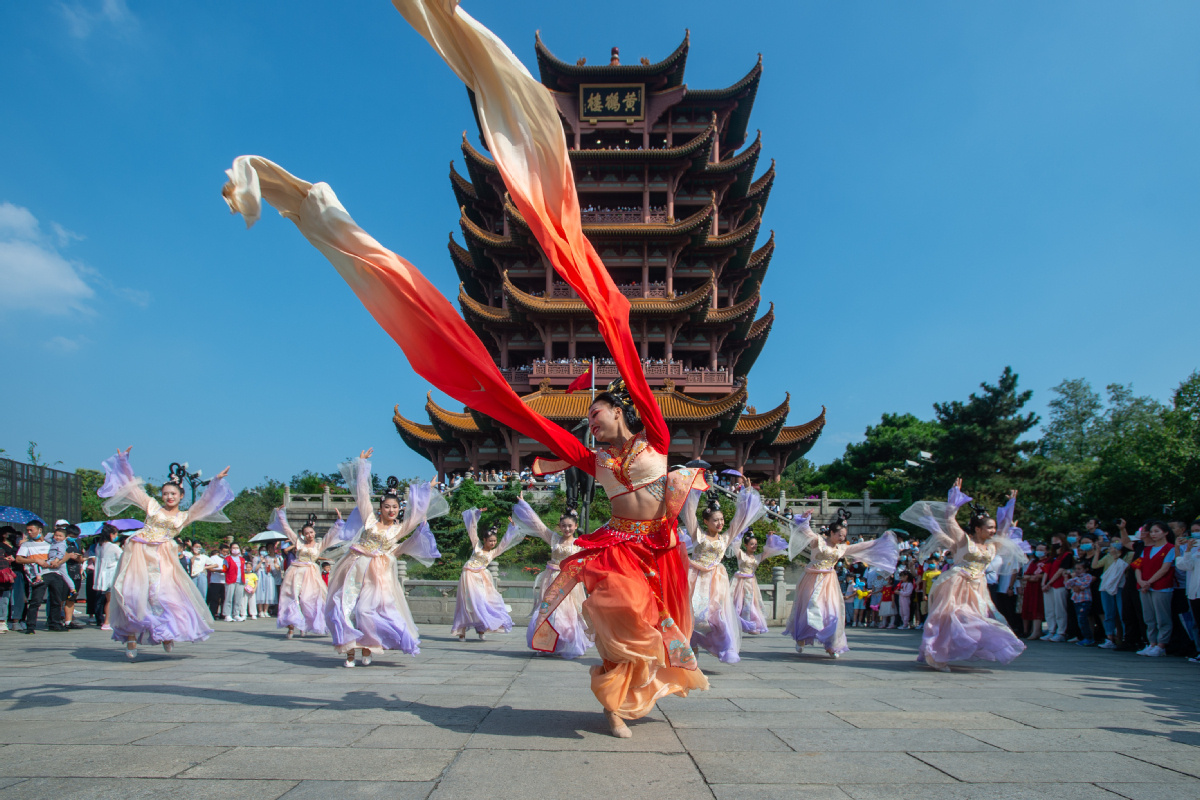 Visitors watch a dance performed in front of Yellow Crane Tower in Wuhan, Hubei province, on Oct 3. The scenic area arranged traditional performances to welcome tourists from across the country eager to travel now that COVID-19 is controlled. (Photo: China Daily)

The world has been ravaged by the COVID-19 pandemic, but China is a big exception according to Fortune magazine, which in a story from Dec 13 titled "COVID-era exports are fueling China's economic recovery" asked what happens when the pandemic ends.

The country is projected to log positive GDP growth for 2020—2.3 percent, while the global gross domestic product will decline 3.5 percent this year, making it an outlier among major economies, Fortune quoted Morgan Stanley as saying.

In the second quarter of the year, when most countries were still in the thick of quarantine, China's factories were resuming production and its cities were emerging from lockdown, giving the economy a much-needed boost. After recording a 6.8 percent GDP contraction in the first quarter year-on-year, China's economy made a sharp U-turn and returned to 3.2 percent growth in the second quarter. In the third quarter, China's GDP surged 4.9 percent, Fortune reported.

After the pandemic, China will experience "urbanization 2.0"—the proliferation of regional clusters of cities into "supercities," like southern China's Greater Bay Area, and the widespread use of smart city tech will be an important economic driver, Christianson said. This phase of urbanization, Christianson added, will create "bigger and faster and more livable cities, and people are going to consume more."

A growing influx of foreign direct investment will also drive China's post-pandemic economy, Christianson said. FDI sank at the beginning of 2020 because of the coronavirus, but FDI levels are rebounding alongside the country's wider economic recovery.

China is loosening its financial market regulations for foreign investors. This week, Goldman Sachs said it was in the process of acquiring 100 percent ownership of its China joint venture, which would make it the first Wall Street bank with full control of a mainland securities firm, Fortune reported.