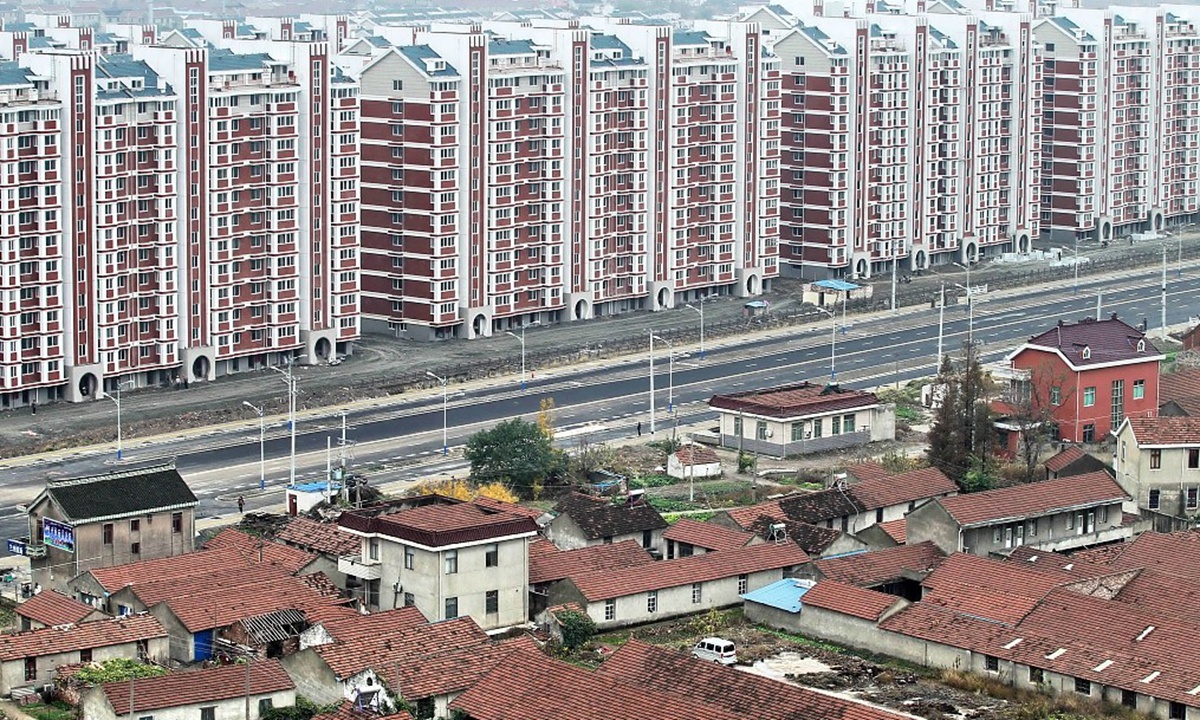 Prices of xuequfang, homes in good school districts, in top Chinese cities like Shenzhen, South China's Guangdong Province, are being frozen amid escalating measures to tame the red-hot property market.

Analysts said that tight regulation in the sector will continue as the country adjusts its economic strategy to step up support for sectors of strategic significance, such as advanced technology, during the 14th Five-Year Plan period (2021-25), while reducing reliance on short-term economic boosters.

After an unsuccessful auction on August 4, a home in a high-end school district in Shenzhen was sold over the weekend at a price of about 100,000 yuan ($15,380) per square meter, almost 40 percent less than homes sold in the district three months ago, media reports said.

The local government has imposed an unprecedented crackdown on soaring home prices in school districts, which skyrocketed amid the COVID-19 pandemic.

To rein in housing speculation, the country has taken many steps in recent days, including hiking mortgage rates in some cities, vowing to facilitate the development of government-subsidized rental housing, and increasing scrutiny on areas like the financing of developers.

In July, eight central government agencies, including the Ministry of Housing and Urban-Rural Development, jointly issued a notice, vowing to clean up irregularities in the domestic property market such as deductions from rental deposits and use of illegal funds for mortgages, within three years.

Tight regulation of the property sector will persist over the next few years, Song Ding, a research fellow at the Shenzhen-based China Development Institute, told the Global Times on Sunday.

"Unlike the years-long campaign to tame the red-hot real estate market, this round of adjustment points to the country's new priority of developing high-tech sectors, along with small and medium-sized enterprises, among others," Song said.

"It's also guided by the goal of common prosperity, as dynamically adjusting home ownership is a key tool to avoid widening social inequalities," he said, noting that the country may roll out home tax pilot programs at the end of the 14th Five-Year Plan.

Authorities are determined to reduce reliance on short-term economic boosters, despite potential impact on the economic growth rate, analysts noted.

China Chengxin International Credit Rating Co has revised its outlook for the country's property sector to negative from stable, citing the lasting impact of policy tightening and weak investor confidence.