China's reining in of steel exports having little impact on global prices: observers 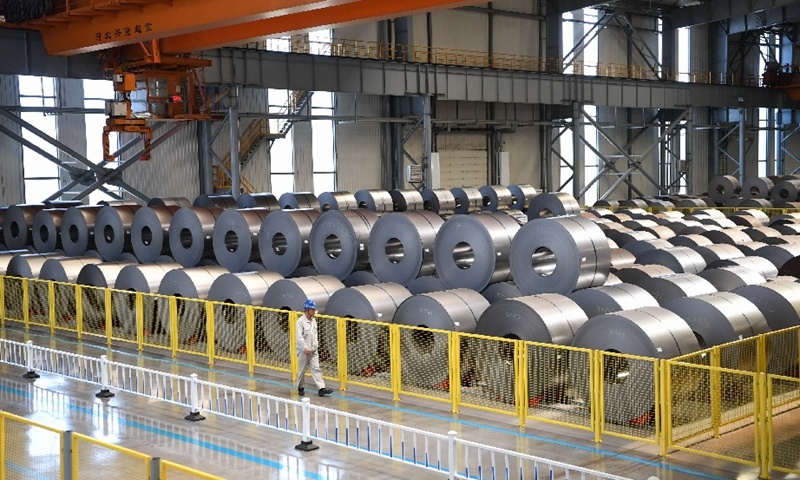 China's steel exports are expected to drop as the country's government takes a series of actions to stem the unusual spike of bulk commodity inflation. However, experts say that while the restrictions will dampen the business of Chinese steel exporters, it is unlikely to ripple across the international market due to China's limited annual exports.

China's steel prices soared from late April to early May, when market speculation and international inflation drove up prices for steel products by more than 1,600 yuan ($250) per ton in a span of two weeks, attracting attention from the highest level of the Chinese government.

In an effort to press down inflation, the Chinese government revived taxes on steel exports and cut tariffs for ferrous imports from May 1. The restriction may weigh heavily on China's steel exporters, however, who have already suffered losses from the boom and bust of China's steel market in the past weeks.

Wang Ji, a manager of Tangshan Xunzhuo Steel Trading Company which exports steel products to Southeast Asia and Africa, told the Global Times that he can export up to 40,000 tons of steel products to overseas markets, but this year his business was not going so smoothly because of rising prices making Chinese steel unpopular among his clients.

"The clients are unable to keep up with the price spike of steel products, especially in countries in Africa," Wang said, "our sales went down this year when the prices rose."

With newly imposed taxes, Wang is worried that his export business will be more difficult to run in the second half of this year.

However, according to Wang Guoqing, research director at the Beijing Lange Steel Information Research Center, the international market will remain largely unaffected by China's limit on exports, as it accounts for only a fraction of China's annual production.

"China's exports of steel are mostly hot rolled coils, which have more add-value," Wang said, "whereas steel rebar, a steel product that is widely used in infrastructure, makes up for only around 0.6 percent of total steel exports."

Due to the economic recovery after the fallout of the pandemic, several countries, including South Korea and Vietnam, are experiencing rising prices and supply shortages of steel. According to media reports, a total of 59 construction projects were suspended in the past two months in South Korea due to a shortage of steel rebar, and prices have risen by 50 percent compared to the end of last year.