China's retail sales in October rose 4.3% from last year, with catering revenue witnessing positive growth for the first time in 2020 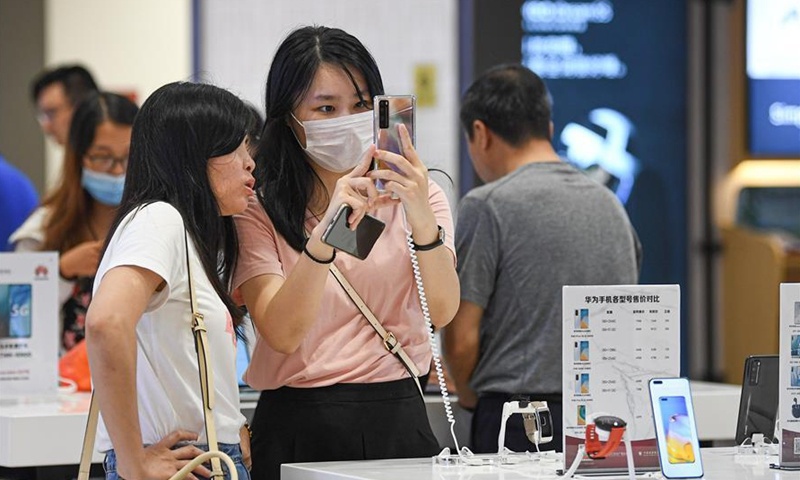 China's retail sales of consumer goods totaled 3.8576 trillion yuan ($585.8 billion) in October, up 4.3 percent on a yearly basis, and 1.0 percentage points more than in September, according to data released by the National Bureau of Statistics (NBS) on Monday.

Retail sales from January to October reached 31.19 trillion yuan, down 5.9 percent compared to last year due to the impacts of COVID-19.

Meanwhile, catering revenue rose 0.8 percent to 437.2 billion yuan, marking the first positive annual growth this year amid COVID-19, which forced restaurants to close for months. The revenue of the catering industry totaled 2.9598 trillion yuan in the first 10 months of the year, plummeting 21 percent from 2019.

Analysts said October's growth is largely attributed to consumption during the 8-day National Day and Mid-Autumn holidays which started on October 1. According to the Ministry of Commerce, from October 1 to 8, sales from key retail and catering enterprises in China totaled about 1.6 trillion yuan, with the average daily sales rising by 4.9 percent compared with last year's holiday.

While the COVID-19 epidemic devastates brick-and-mortar businesses, online sales embraced the opportunity to capitalize on a huge boom.

China's economic growth will accelerate further in the fourth quarter compared to the third quarter, said Fu Linghui, spokesman for NBS on Monday.

According to analysts, consumption in November will see a leap as the biggest e-commerce shopping spree in China, the Double 11 festival (November 11), falls in November.

Data shows that as of half way through the shopping festival, the sales of all online platforms had reached 267.365 billion yuan.