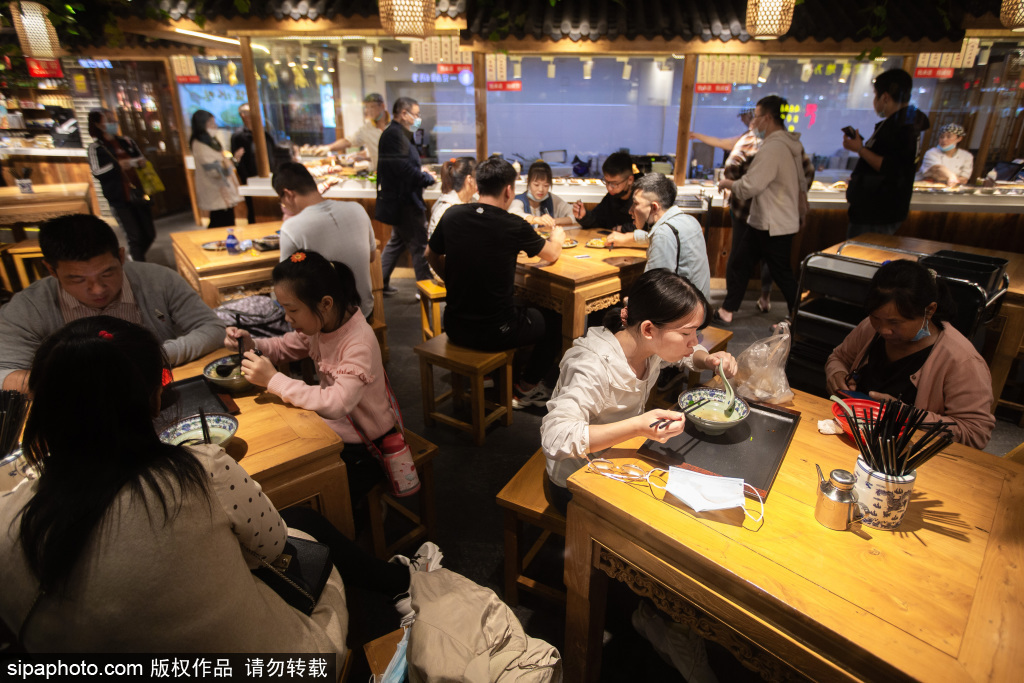 The World Bank projected in a report published on its website in June that China's economy is expected to grow 1.6 percent in 2020 -- the only major economy projected to achieve positive growth -- while the global economy as a whole will contract 5.2 percent.

Oxford Economics, a British research and advisory group, indicated that China's share of global GDP will increase by about a percentage point this year, and China's economy has benefited from its vital role in global supply chains.

Even in the face of tense US-China relations, "many US multinationals remain keen to engage with China," said Louis Kuijs, chief Asia economist at Oxford Economics.

He added that China's moves to facilitate foreign investment in its financial sector is also likely to encourage US companies.

US financial services firms BlackRock, Vanguard and JPMorgan have all increased their presence in China recently. A recent survey of US companies with major operations in China found that just 4 percent were relocating their production back to the United States.

From morning tai-chi at various gardens to lunch crush in central business districts, with high-speed rails carrying masses throughout the country, China has returned to a post-COVID new normal.

Talking about China's steady recovery from the pandemic, Yousef Al-Benyan, chairman of the Business 20 Saudi Arabia, told Xinhua in a recent interview that, "I have expressed many times how inspired I am by the extraordinary efforts made by the Chinese people during this crisis at every level. It is only because of these efforts and sacrifices that we are now witnessing a significant recovery in China."

Farid Murad, vice-president of the Sao Paulo state Federation of Trade Associations, told Xinhua in a recent interview that "China's control of the pandemic created a very favorable environment for the bilateral relationship, and mainly paved the way for our trade ties to strengthen and created an environment of great harmony for them to flow positively."

In September, Brazil registered the highest trade surplus for the month on record, amounting to $6.164 billion, with Brazilian exports to China up by 13.7 percent year-on-year, according to data from the Economy Ministry.

Al-Benyan said, "it is our hope that we will continue to see a rebound of the Chinese economy, which will serve as a major contributor to global economic recovery."