BEIJING, Oct. 7 (Xinhua) -- Beijing's Zhongguancun, known as China's "Silicon Valley," has seen increases in both spending on and persons employed for research and development (R&D) during the January-August period this year. 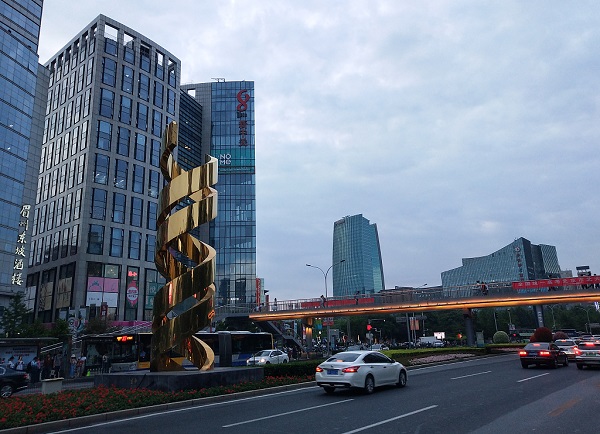 R&D expenses totaled 146.45 billion yuan (20.5 billion U.S. dollars), up 16.1 percent year on year, according to the latest report by the Beijing Municipal Bureau of Statistics.

The total revenue of large high-tech enterprises in Zhongguancun was close to 3.707 trillion yuan, an increase of 12.5 percent over the same period last year, according to the bureau.

Statistics indicate that the fields of electronics and information, new materials and applied technology, and advanced manufacturing showed good growth momentum, with year-on-year growth of 14.5 percent, 10.2 percent and 14.1 percent, respectively.

Zhongguancun, established in 1988 and located in northwestern Beijing with clusters of universities and research institutes, was the first national high-tech industrial development zone.