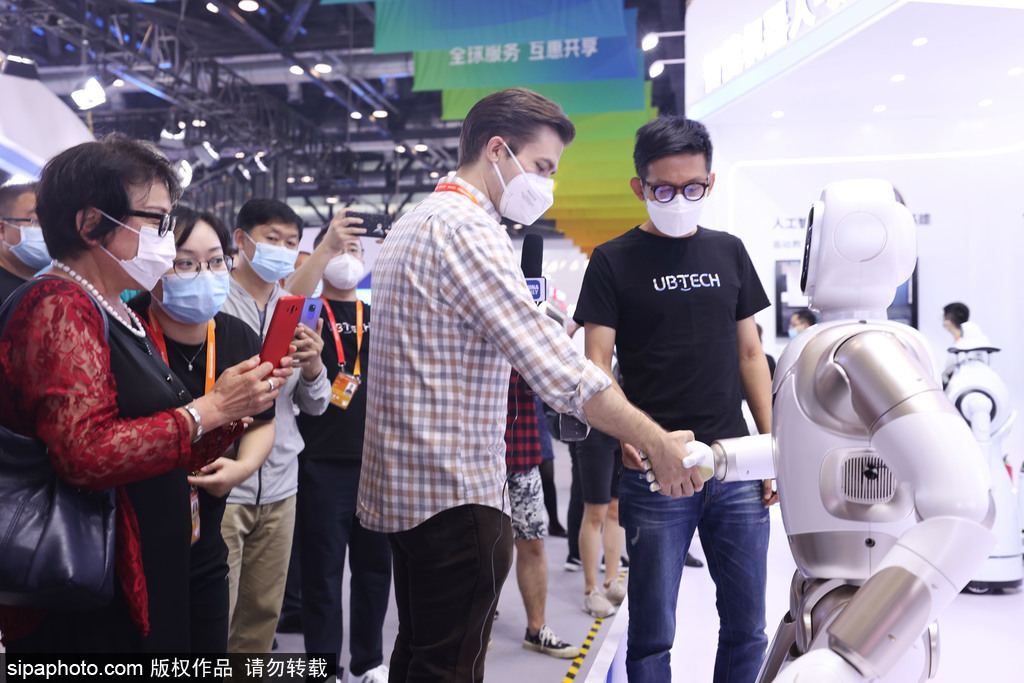 China Daily reporter Ian Goodrum shakes hands with a robot at the 2020 China International Fair for Trade in Services in Beijing on Sept 6, 2020. (Photo: Sipa)

Chinese firms inked service outsourcing contracts worth about 542.4 billion yuan ($84.35 billion) in the first four months of 2021, up 44.9 percent year-on-year.

The executed contract value came in at 335.9 billion yuan during the period, with a year-on-year increase of 35.6 percent.

Outsourcing is the business practice of hiring a party outside of a company to perform services and make goods traditionally undertaken by the company's employees.

The contract value of offshore service outsourcing with Belt and Road partner countries reached 61.6 billion yuan, surging 97.8 percent from a year earlier, according to the data.