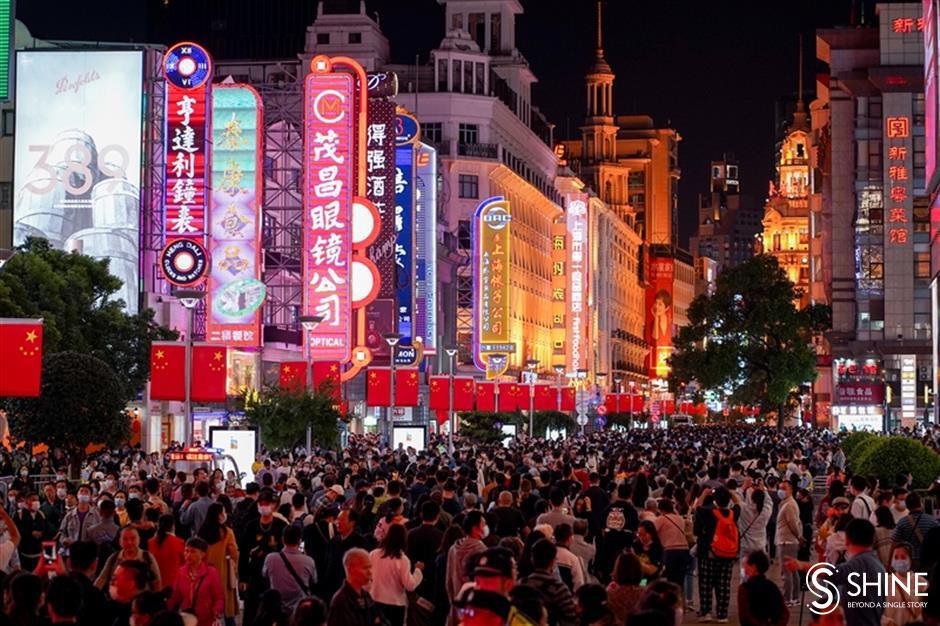 Recovery in China's services sector gathered pace in September, an industry survey showed on Friday, with hiring increasing for the second month in a row.

The Caixin/Markit services Purchasing Managers' Index (PMI) rose to 54.8 from August's 54.0, the highest reading since June and remaining for a fifth straight month above the 50-mark that separates monthly growth from contraction.

China's official services PMI, released on September 30, also showed the sector gaining momentum, with the index rising to 55.2 in September from August’s 54.3.

The services sector, which accounts for about 60 percent of China’s economy and half of urban jobs, had been slower to return to growth than the manufacturing sector, but the recovery has gained pace in recent months as COVID-19 restrictions on public gatherings are lifted.

“The economy is still in recovery and the recovery showed signs of speeding up," said Wang Zhe, Senior Economist at Caixin Insight Group.

The rise in overall business activity of the services sector was mainly supported by an increase of new orders.

Sustained increases in business activity and new work led services companies to hire more staff for the second month in a row in September. But the rate of job expansion remained marginal overall, according to the survey.

“On one hand, companies gradually expanded hiring in the face of the market recovery. But on the other hand, the employment gauge came in just above 50, showing that the expansion was slight,” said Wang.

Service firms remained optimistic about business prospects as the economy continues to recover from the COVID-19 lockdowns, with a sub-index for confidence in the year rising from August.

Data for the eight-day National Day Golden Week this year also suggested a continuation of the recovery in China’s services industry, according to Nomura.

According to the Ministry of Culture and Tourism, during the first four days of National Day Golden Week this year, national domestic visits and tourism revenues reached 425 million trips and 312 billion yuan (US$ 46.32 billion), respectively, which were 21.6 percent and 31.1 percent below year-ago levels (October1-4 2019).

This marks an improvement from the holidays of previous months. Specifically, during the three-day Dragon Boat Festival holiday this year (June 25-27), national domestic visits and tourism revenues were 49.1 percent and 68.8 percent, respectively, below levels during the same holiday last year (June 7-9, 2019).