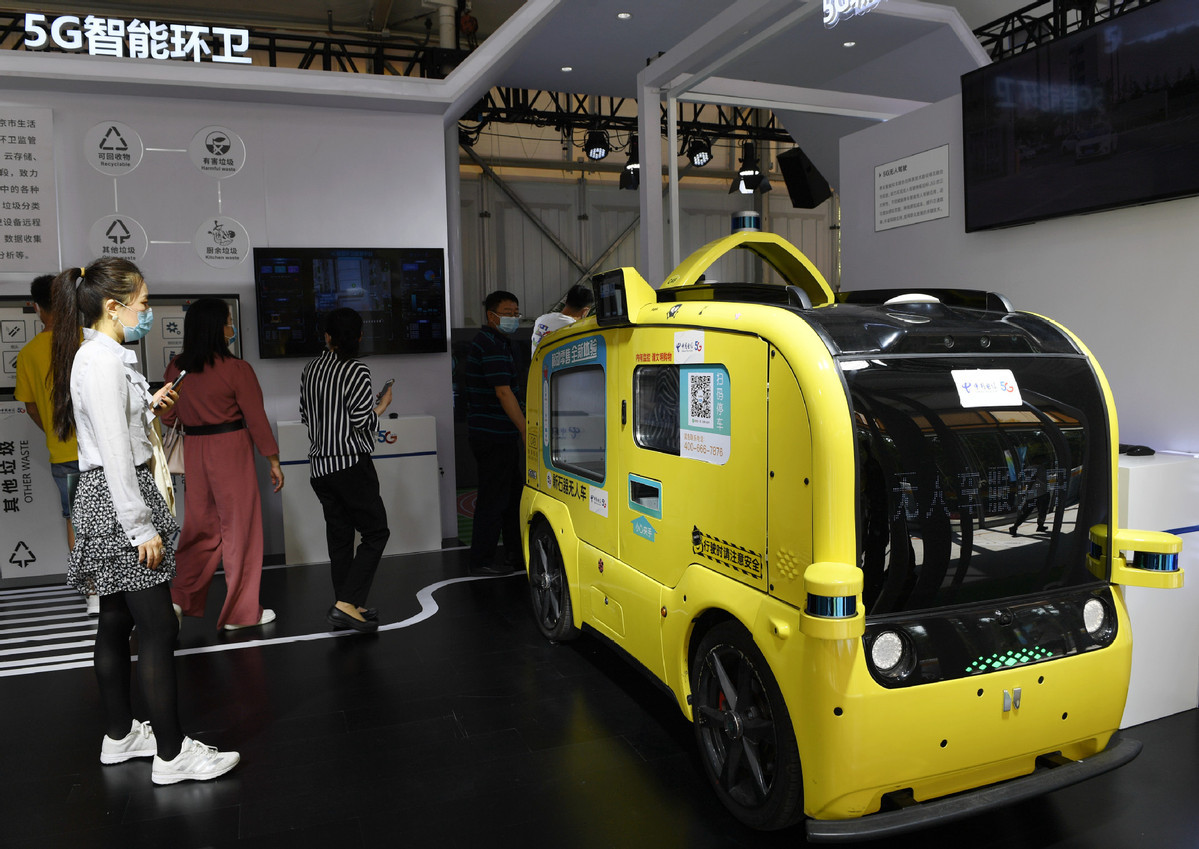 A 5G unmanned vending car is shown at the 2020 China International Fair for Trade in Services. (Photo: Xinhua)

SANTIAGO -- The China International Fair for Trade in Services (CIFTIS) has given the pandemic-hit world economy a much-needed impetus, according to Chilean export organizations.

"Thanks to its enviable thematic variety, the existence (of the fair) is of incalculable value to foreigners, since it enables the direct encounter between potential buyers and suppliers, all under one roof and in large numbers," Juan Esteban Musalem, president of the Chilean-Chinese Chamber of Commerce, Industry and Tourism (CHICIT), told Xinhua in a recent interview.

Inaugurated in Beijing on Friday under the banner "Global Services, Shared Prosperity," this year's fair is being held amid the novel coronavirus pandemic and the subsequent lockdowns that have brought some productive sectors to a halt while boosting e-commerce.

"So, it is positive to see that international expositions and fairs have quickly found a way to adapt to this new reality and thus continue to fulfill their important role in terms of trade and entertainment," said the chief of the CHICIT, which was established in 1997.

Musalem's remarks were echoed by Alvaro Echeverria, vice-president of the Asia-Pacific Chamber of Commerce in Chile, who said that China's invitation to other countries to participate is "tremendously positive for the reactivation of the world market."

Fairs such as the 2020 CIFTIS serve multiple purposes as "spaces for reflection, for finding products and services, for cultural exchange, for seeking business opportunities and studying possibilities for new joint initiatives," he said.

China has been growing by leaps and bounds, with increasing demand for goods and services, both experts noted.

The agreement has facilitated work with Chinese companies and, at the same time, increased the competitiveness of Chilean firms, especially in the area of legal services, mining consultancies and market studies, said Musalem.

More than 17,000 companies are participating in this year's CIFTIS through Wednesday in Beijing, and over 2,000 firms have signed up as offline exhibitors, while more than 4,000 companies are showcasing their products and services online, according to organizers.