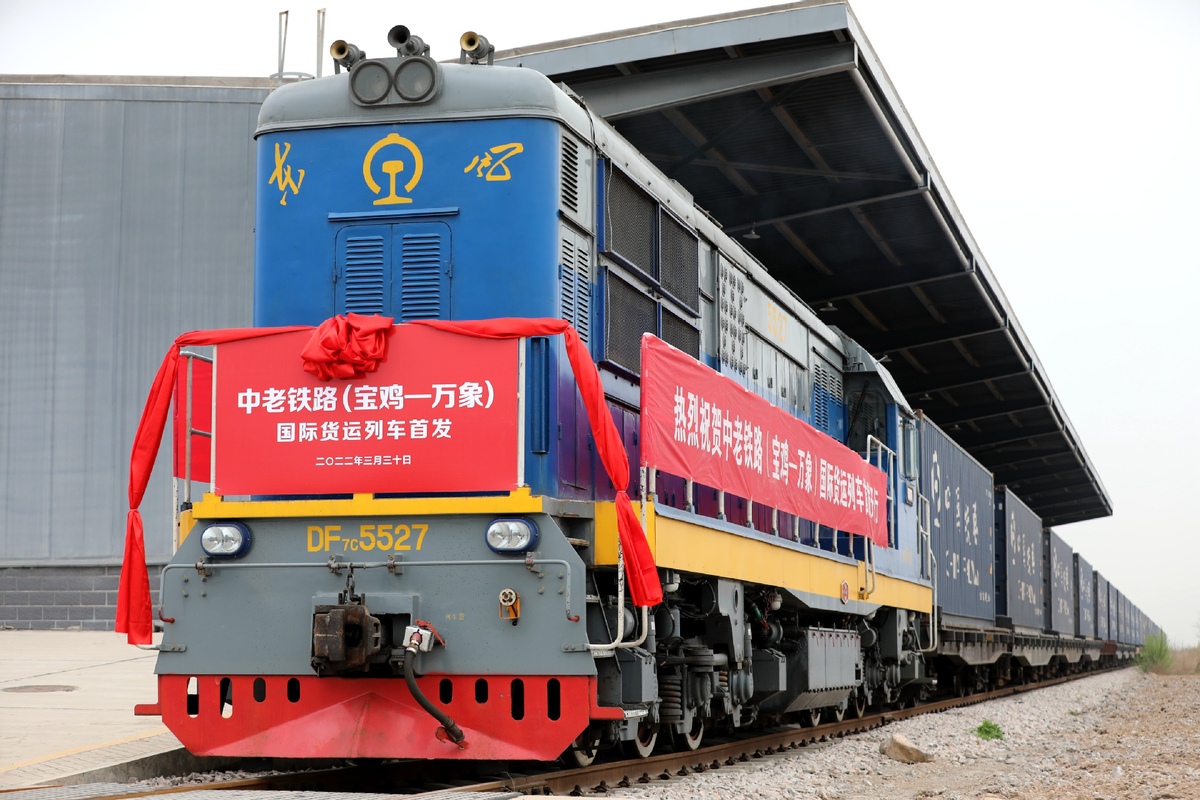 The train loaded with 630 metric tons of condiments, worth nearly $1 million, departed from the city of Baoji and will exit China via the Mohan Port in the country's Southwest Yunnan province, and this entire journey will take seven days, according to the China Railway Xi'an Group Co Ltd.

"Our company used to trade with many ASEAN countries mainly through rail-sea transport. But in the face of the COVID-19 outbreak, it is difficult to guarantee timely delivery and safety of cargo transportation," said Liu Haitao, deputy general manager of the cargo supplier in Baoji.

"With international freight trains plying on the China-Laos Railway, goods can be delivered to Vientiane quickly and conveniently following the integrated customs declaration and acceptance in Baoji comprehensive bonded zone," Liu said.

This would effectively help enterprises to accurately connect with the ASEAN international market and achieve high-quality development, Liu added.

Apples, kiwi fruits and other agricultural products from Shaanxi, as well as tropical fruits from Southeast Asia, will also be transported via the international freight train routes.

The China-Laos Railway, which kicked off operation on Dec 3, 2021, stretches over 1,000 km, linking Kunming, capital of Southwest China's Yunnan province, with the Laotian capital Vientiane.

Many provinces and cities have launched international freight trains to Laos via the China-Laos Railway, and the categories of goods have expanded from rubber and fertilizer at the beginning to electronic products, cars, and flowers, among others.