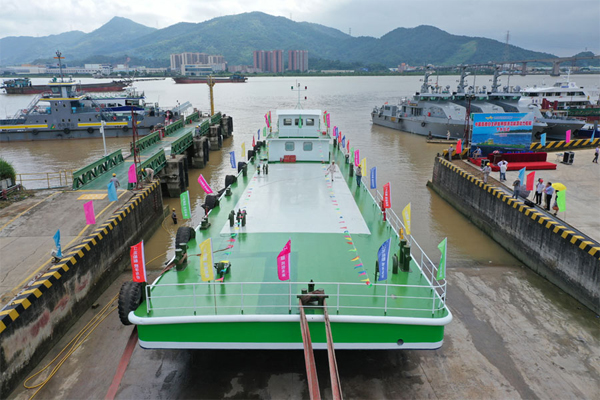 The figure accounted for 37.8 percent of the global market share and China continued to maintain the leading position in shipbuilding globally, according to the Ministry of Industry and Information Technology.

New shipbuilding orders stood at 19.47 million dwt in the January-September period, down 27.4 percent year on year, but the decrease rate was 19.5 percentage points lower than the first half-year.

The number of new orders accounted for 46.6 percent of the market share worldwide.

The volume of holding orders stood at 79.41 million dwt at the end of September, down 8.2 percent year on year. The holding orders accounted for 43.1 percent of the total worldwide.

About 91.9 percent of the holding orders were for exports at the end of September.