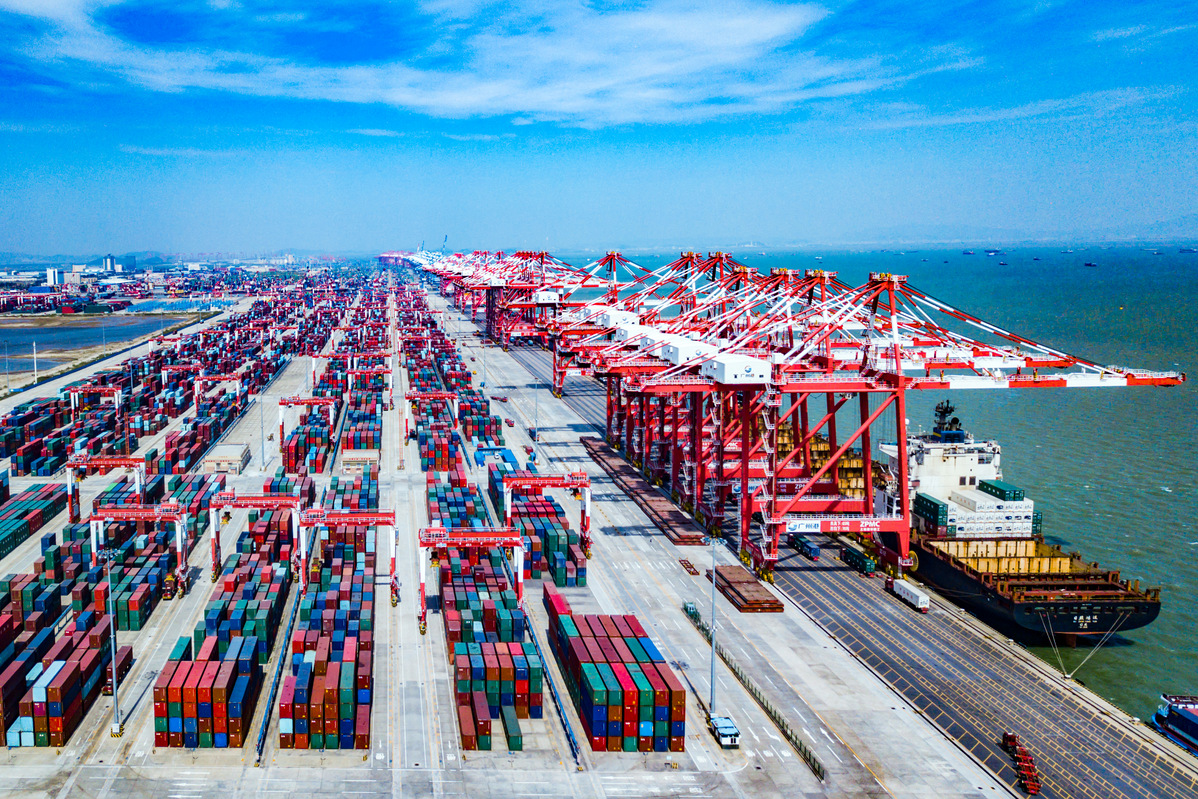 Recently, some people have argued that Vietnamese products are replacing China's in global export markets and their reasoning is based on the divergence of the growth rates of the two countries' exports and changes in their market shares of exports to the United States in particular.

China's export growth had declined since the beginning of the year, registering a 3.9 percent year-on-year increase in April, while Vietnam's export growth rose over the same period to reach 30.4 percent on a yearly basis. At the same time, the share of China's exports in the US market fell from 16 percent to 13.4 percent, while the figure for Vietnam increased from 3.1 percent to 3.3 percent.

Some believe that the decline in both China's export growth in some months and its share of exports in the US market are proof of the transfer of orders to Vietnam, and the recent disruption of exports from the domestic resurgence of COVID-19 has exacerbated market concerns on the issue.

But such reasoning based on the relation between China and Vietnam's exports could be misleading. Due to their different export structures and growth dynamics, the divergence in export growth rates between China and Vietnam cannot be simply attributed to the transfer of orders between the two countries. They could also be caused by factors such as the pandemic and entrepot trade.

For instance, China's exports fell by 31.4 percent year-on-year in February 2020 due to the COVID-19, while Vietnam's exports that month soared 27.4 percent from a year earlier, and then, as the contagion in China began to come under control, Vietnam's export growth dropped rapidly.

It is also easy to ignore the impact of entrepot trade while only considering the changes in the two countries' shares in the US import market. China's share in the US market dropped from 15.3 percent at the beginning of 2022 to 13.5 percent in March, while its share in the Vietnam market increased from 3.9 percent at the beginning of the year to 4.7 percent in April.

Factors such as entrepot trade and industrial chain division of labor cannot be ignored. Even if there is a shift of orders, and the US transfers orders from China to Vietnam, resulting in a divergence in the performance of China's and Vietnam's respective exports to the US, that does not mean that China's overall exports will decline.

A typical example is that after the emergence of Sino-US trade disputes in 2018, US imports from China dropped significantly while those from Vietnam increased markedly for a period. However, China's export growth was not diminished, and entrepot trade and industrial chain division of labor still support China's external sales.

China and Vietnam are competitors in the export of labor-intensive products, but Vietnam is also highly dependent on raw material imports from China.

Taking textiles and clothing as an example, China's export share in the global market has declined while Vietnam's export share has increased in recent years, reflecting the manufacturing relocation of labor-intensive garments and other textile products and Vietnam's substitution of some Chinese exports in those sectors.

Yet from the perspective of the division of labor in the global textile and garment industrial chain, Vietnam is mainly engaged in materials processing, and 65 percent of its export value in textiles and clothing comes from production links such as tailoring and trimming. It is highly dependent on imports of upstream raw materials, 55 percent of which come from China.

As for the manufacturing of intermediate and capital goods, China and Vietnam are quite complementary.

Similar to the situation of producing downstream textiles and clothing products, Vietnam's midstream manufacturing still mainly engages in low-value-added production activities such as assembly and production of low-end portions. That is reflected in the fact that import and export structures of Vietnam's midstream manufactured products are relatively similar, and that Vietnam has relatively high dependence on China-related exports－around 43 percent of its imports of mechanical and electrical products come from China.

If we look at the export structures of the two countries, the influence on China's export activity from the two countries' exports of complementary products may be greater than that of competitive products.

The export structures of China and Vietnam are similar, and about 70 percent of the products they export overlap. Among them, their exports of electrical and electronic equipment and parts, mechanical appliances and parts, automobiles and parts, precision instruments and equipment are relatively complementary, and those products account for 55.7 percent of total Chinese exports, while exports of furniture, textiles and clothing, toys, footwear and other products see some overlap and competition, and such products account for 13.5 percent of China's total exports. There is a low degree of overlap for the other product categories in Chinese exports.

Similarly, although the export structures of China and member states of the Association of Southeast Asian Nations, such as Thailand and Malaysia, have a high degree of overlap, there is also obvious complementarity in their exports of intermediate and capital goods such as electrical and electronic equipment and parts, machinery, equipment and parts.

Such exports account for more than 50 percent of exports of China, Thailand and Malaysia each. The products with obvious competitive overlap only account for far lower percentages in the countries' total exports.

It is more of an illusion that ASEAN has been taking export orders away from China. The core cause for the contraction of China's export growth in the past few months lies in lower global demand.

Currently, most of the major developed economies are showing signs of slowdown in economic growth, and the manufacturing Purchasing Managers Index, a major economic indicator, has continued to fall from high levels, which may lead to a contraction in global trade activity.

Against the background of high labor and energy costs, the division of labor and cooperation between China and ASEAN in the industrial chain may help them obtain more orders in global trade, adding resilience to their exports of some intermediate and capital goods for which their relationship of complementarity is obvious.

In addition, thanks to its advantage in energy costs, China also has certain advantages in exporting some products with high energy consumption in the middle and upstream industries.