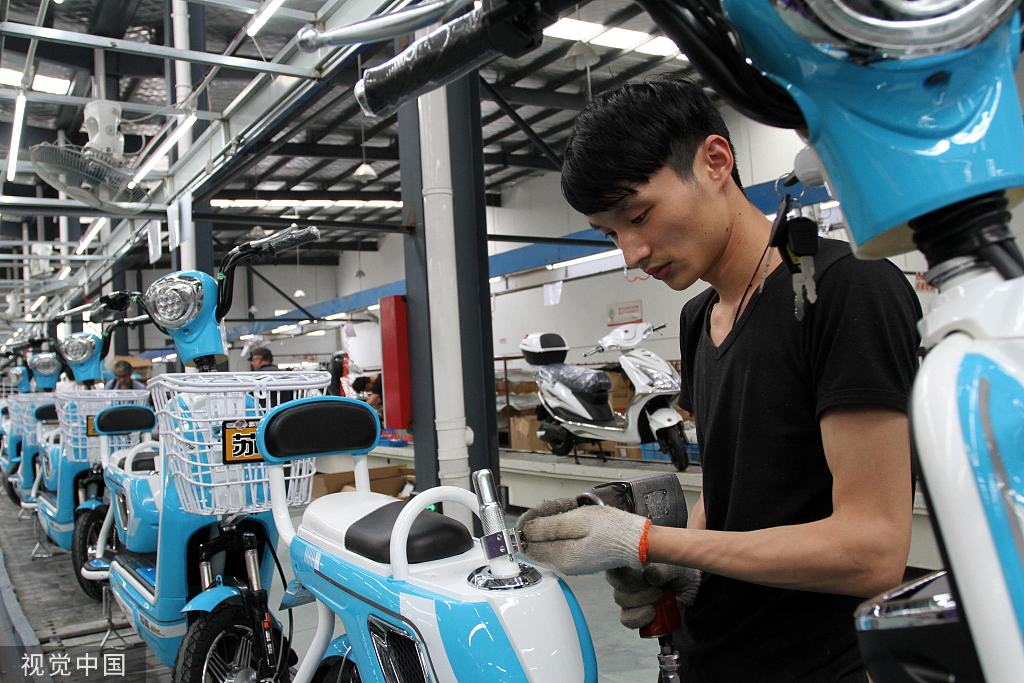 The combined profits of China's SOEs rose 5.4 percent year on year to 2.94 trillion yuan (about 418 billion US dollars) for the January-October period, the Ministry of Finance said on its website.

The pace edged down from the 6.6-percent increase in the first nine months.

The centrally-administered SOEs generated a combined profit of 1.94 trillion yuan, up 7.5 percent year on year.

Total revenues of the SOEs reached 50.13 trillion yuan during the period, up 6.5 percent from a year earlier.

The debt-to-asset ratio of the SOEs stood at 64.3 percent by the end of October, unchanged from the same period last year, according to the ministry.