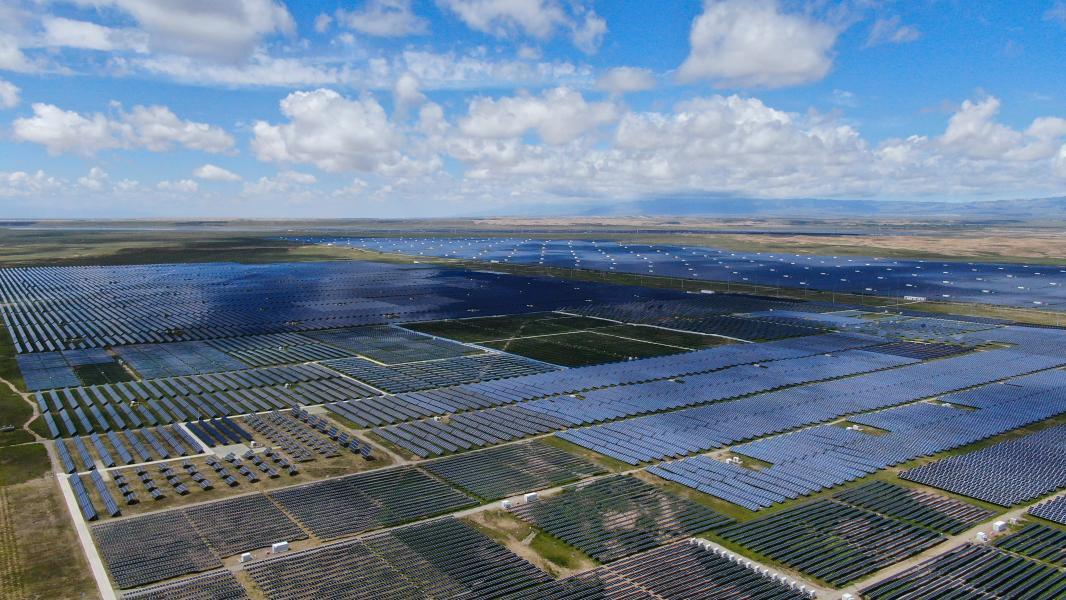 NANJING -- China's solar industry is expected to embrace faster growth as the country aims to have CO2 emissions peak before 2030 and achieve carbon neutrality before 2060.

The forecast was outlined by experts at a photovoltaic conference held Thursday in Jintan, a district of Changzhou city in East China's Jiangsu province.

In order to achieve its carbon neutrality goal, China's energy structure will experience fundamental changes in the future, with the share of fossil energy in the primary energy mix to decline sharply while the share of renewables, such as solar and wind power, will grow at a fast pace, said Zhou Dadi, deputy head of the China Energy Research Society, at the Jintan Photovoltaic New Energy Development Summit on Thursday.

"China should rapidly increase the share of non-fossil energy in its primary energy consumption in order to achieve its carbon neutrality goal, especially promoting the decarbonization of the power generation industry," said Liu Yiyang, deputy secretary-general of the China Photovoltaic Industry Association, at the summit.

Renewable energy, such as solar and wind power, will embrace faster growth in the future, said Liu, forecasting that China's newly installed solar projects will reach over 65 GW per year during the 14th Five-Year Plan period (2021-2025).

In 2020, the newly-added installed photovoltaic power connected to the grid will reach 33.1 million kW, according to China's National Energy Administration.

As China is promoting wind and photovoltaic power projects to boost its energy transformation, the nation's solar industry will offer more affordable prices in the next five years, said Shi Jingli, a researcher with the China Renewable Energy Center under the Energy Research Institute of the National Development and Reform Commission.

Regulators should work out policies to help enhance technology upgrades and reduce costs for the solar power industry, as efficiency and low costs are the major drivers of the industry's development, said Shi.

At the summit, the China Economic Information Service, a subsidiary of Xinhua News Agency, published its annual development report for China's photovoltaic industry, which expects that the solar industry will become a competitive component of China's primary energy mix.

Jintan, one of China's fast-growing solar industry bases, has attracted a large number of solar companies with annual revenue of over 1.1 billion yuan (about $165 million), covering the whole photovoltaic industry chain. In 2019, the business revenue of the solar industry in Jintan totaled nearly 30 billion yuan.