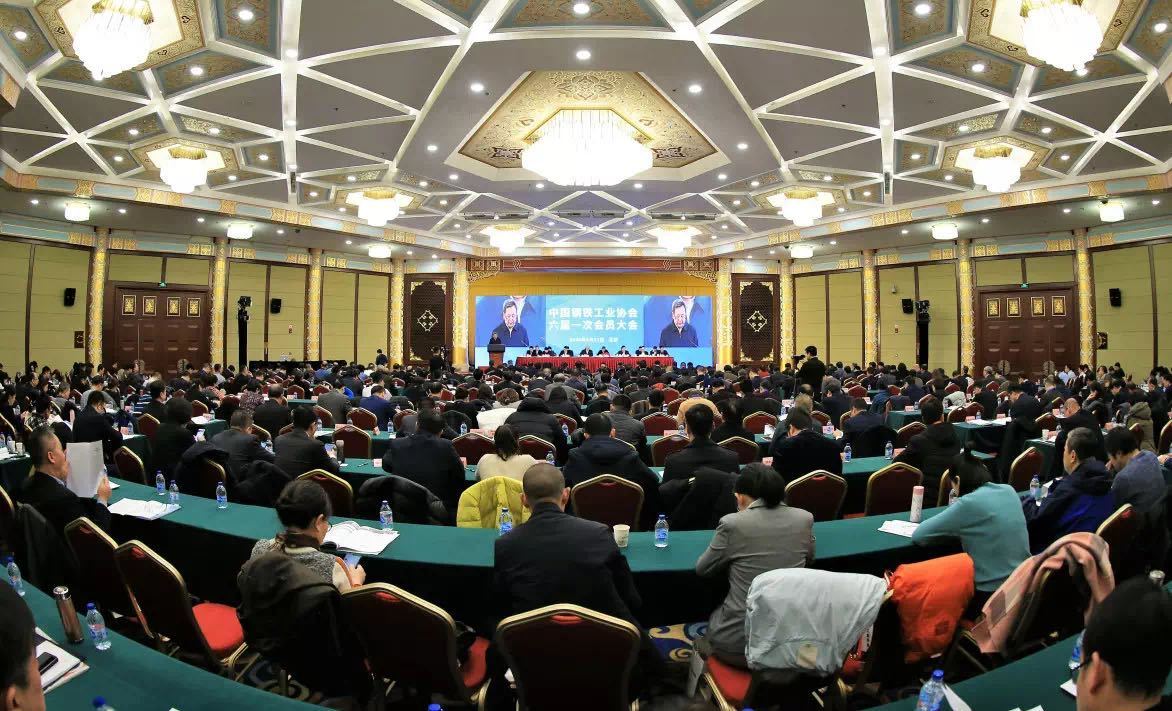 China Iron and Steel Association holds its first general assembly of the sixth session on Saturday in Beijing, during which new board committee was elected. (Photo: chinadaily.com.cn)

China's steel industry needs to focus on quality and efficiency instead of expanding through scale and price competition, a senior official of the China Iron and Steel Association said.

Major tasks of the association and the industry in 2020 include consolidating the results of supply-side structural reforms and strictly prohibiting new capacity, promoting differentiated production curbs and permits to protect environment, accelerating adoption of ultra-low emissions systems, and pushing forward mergers and acquisitions, innovation, and raw materials security in the industry, he said.

During the 2016 to 2018 period, China's steel industry removed more than 150 million metric tons of crude steel capacity, and prohibited substandard steel production, which led to enhancement of the overall performance of the industry.

"The achievements of China's cutting overcapacity campaign not only benefited Chinese steel companies, but also contributed to the revival of world steel industry," he said.

Chinese steel companies are also foraying deeper into international market under the Belt and Road Initiative, with a number of overseas steel production bases emerging, he said.

Shen Bin, who was elected as the association's rotating president for 2020, said the association will strengthen its efforts to promote steady development of the industry, through prohibiting overcapacity, and enhancing trading and pricing mechanism of raw materials.

It will also work to promote high-quality development of the industry with down-to-earth measures and help ascent the industry toward the higher end of global value chain, he said.

He Wenbo, the association's Party chief, said at a forum session during the assembly that the focus of China's steel industry should be quickly transformed to upgrading and high-quality development, from cutting overcapacity, which requires higher level of environment protection and intelligentization, better product quality and portfolio, innovation in development strategies, and the establishment of a mutually beneficial and coordinately developed industry chain and ecosystem for the upstream and downstream.