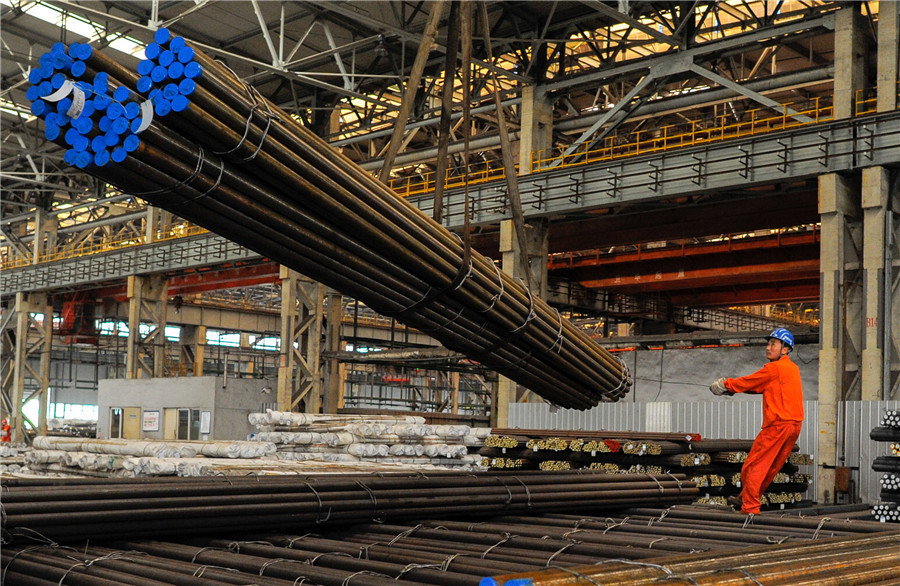 BEIJING - China's steel output and inventory both fell in March, according to data from the China Iron and Steel Association.

Partly due to the recovery of economic activities as the novel coronavirus epidemic has been largely curbed domestically, the country's steel inventory dropped slightly in March.