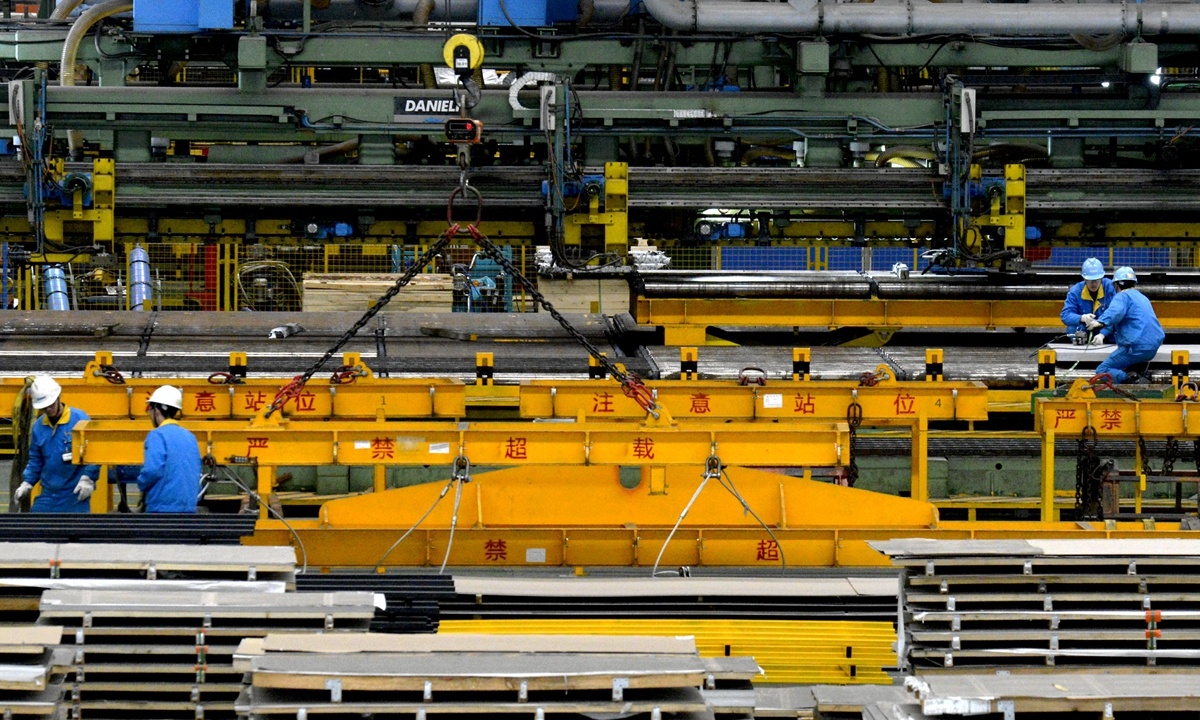 Chinese steel-related companies are adjusting their businesses as prices return to normal, after a government crackdown on speculation in the market for much-needed materials for factories.

In respond to the months-long price jump for bulk commodities such as iron ore, China's top economic planner announced on Tuesday an action plan for strengthening price mechanism reform during the 14th Five-Year Plan period (2021-25).

The plan highlights the need to respond appropriately to price fluctuations for iron ore, copper, corn and other bulk commodities.

Driven by the release of the new action plan, rebar futures fell 0.69 percent to 4,919 yuan ($767.8) per ton on Tuesday. Iron ore futures fell 0.05 percent to 1,058 yuan, signaling a reduction in volatility after a slump triggered by the government's crackdown.

The action plan on Tuesday is part of recent efforts by Chinese officials to rein in what they have called excessive speculation in the commodity markets, leading to sharp losses of industrial commodities on Monday, both in China and abroad.

People in the steel business said their profits took a hit after prices plunged in reaction to government intervention.

"I'm losing up to 1,300 yuan per ton now. All my work so far this year has been undone in the past two weeks," Yang Jin, manager from Xinjinfeng Steel Company in Tangshan, North China's Hebei Province, told the Global Times on Tuesday.

But many others in the business, including Yang and Jia Dongyue, another manger from Rongde Steel, admitted that the runaway steel prices that began in early May was "mad," and government intervention was probably necessary to keep the situation from getting out of control.

"I've been working in this industry for more than ten years, and I've never seen anything like this, apart from maybe in 2008," Jia said. "I think it is the result of speculation. But I think the price now, standing at around 5,000 yuan, might stabilize after the government steps in."

As the first of its kind move to address regulation of the bulk commodities market over the next five years, the plan places special emphasis on strengthening price regulation and managing market expectations.

Industry experts said that while the introduction of the action plan will have a certain effect on price fluctuation, it ultimately functions to stabilize the market and supplies, and it will strengthen China's pricing mechanism on steel.

Iron ore comes mostly from foreign mines, with the domestic supply only accounting for 20 percent of demand. That makes it hard for China to have much control over pricing, Wang Guoqing, research director at the Beijing Lange Steel Information Research Center, told the Global Times on Tuesday.

Moreover, one important cause of the price surge was what some industry insiders called an unreasonable Platts index, the global pricing mechanism for iron ore.

The global pricing mechanism for iron ore is neither open nor transparent, which leads to the excessive monetization of the industry. That's a serious deviation from its spot pricing positioning, industry representatives said during a recent meeting held by the China Iron and Steel Association, where they agreed that the situation must be changed.

As the world's factory and largest consumer of raw materials, China's intensified top-down campaign was intended to rein in runaway prices. High prices have exerted pressure on factories and businesses, and further threaten to derail China's hard-fought economic recovery from the COVID-19 pandemic.

Premier Li Keqiang reiterated during his visit to Ningbo, Zhejiang Province on Monday that the government will do its best to ensure the supply of bulk commodities while stabilizing prices, including appropriately guiding market expectations, the Xinhua News Agency reported on Tuesday.