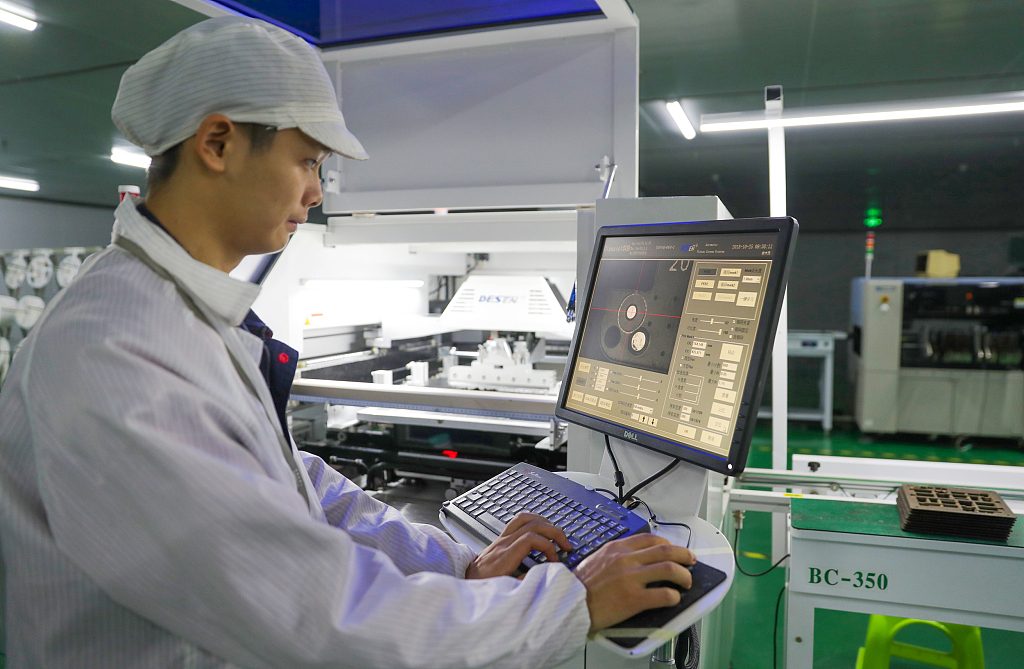 BEIJING, Nov. 27 (Xinhua) -- The growth of China's strategic emerging industries drove nearly 20 percent of GDP growth annually over the past decade, according to an official Tuesday.

"The research and development intensity of strategic emerging listed firms was about 50 percent higher compared with the overall level of all listed companies in the past five years," Cheng said. "Patent numbers in the sector doubled in that period."

China has stepped up support for strategic emerging industries including tax cuts and financial aid in an effort to speed up industrial upgrades.

The output of China's strategic emerging industries increased 10.1 percent year on year in October, up 1.7 percentage points from September.