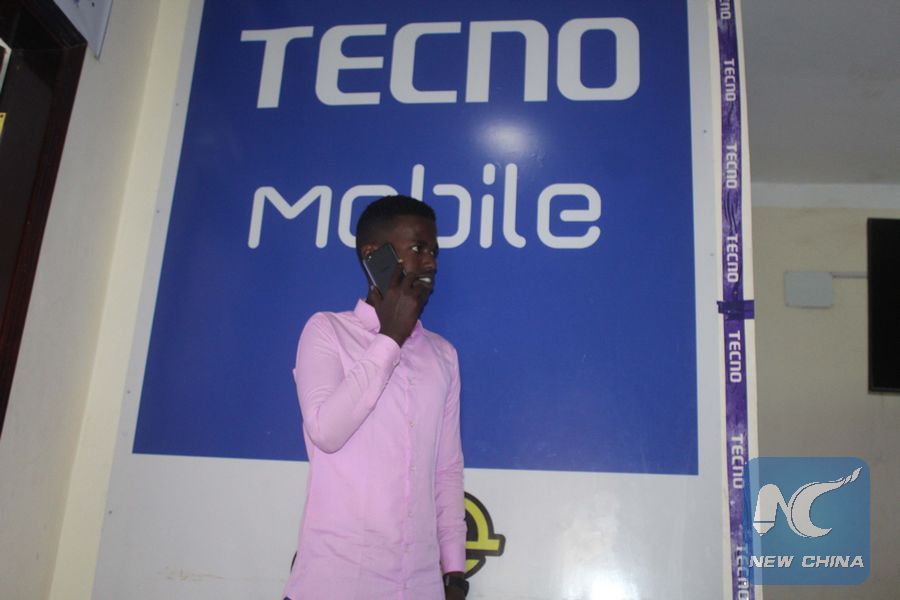 Three years ago when Chinese phone-maker, Tecno made its entry through local dealers in Somalia, mobile phone users got a chance to sample new brand in a market which had then been dominated by Nokia, Samsung among other brands.

Tecno has at present positioned itself as a force to be reckoned with in terms of brand penetration and market dominance in the Horn of Africa nation.

"People were not really sure if they could buy mobile phones from China," Mohamed Dahir, an official dealer of Techno Mobile brand in Mogadishu told Xinhua in a recent interview.

"We brought the first mobile sets in 2014 and they soon became popular with the middle-class and particularly students who liked it because of its longer lasting battery," said Dahir as he helps clients try some of the latest Tecno series he recently stocked.

Tecno Mobile which prides itself as the first dual-SIM handset supplier in Africa dedicated to transforming state-of-the-art technologies for emerging markets, has made significant inroads into Somalia placing itself as one of the market leaders in smart phone technology.

Somalis, just like their counterparts in other African countries, have embraced smart phones as their primary medium of communication as millions of users document moments and share them online to the world.

"I have found this brand (Tecno) to be my most favorite choice for smart phones," Nuradin Abdulkadir, one of the Tecno users told Xinhua in Mogadishu said. "It has a good internet connection capacity and several exciting features." Abdulkadir said.

The longer lasting battery makes Tecno a first choice for Mohamed Omar who contends his choice for smart phones is largely influenced by its ability to retain power for a long time.

"I have bought several phones but always was forced to carry a power bank around because the battery goes off easily. But with Tecno, I can go the whole day without worries of being off service." Omar said.

Omar, a student in one of the universities in Mogadishu noted that the phone has gained traction among students who like the brands because of its features and cost.

"The prices for Tecno phones are friendly for students and at the same time they are able to get the same or even better features found in far more expensive brands," Omar said.

The dealer Dahir said his customers have now fully embraced the China-made phone despite earlier fears about phones from China.

"It was not easy to convince customers to buy phones from China. They had built a relationship with brands from Europe and the United States; but with time, they got convinced that Tecno could offer them a real alternative and superior taste," said Dahir.

He added that the dual sim option for an original phone was a plus for Tecno.

"Our customers got the chance to own an original phone which allows them to use twin Sim cards. This strongly made our customers convinced that they were getting a good run for their money and I can say we now control at least 50 percent of the market." he said.

The entry of Tecno Mobile into Somalia not only revolutionized smart phone technology but also opened avenues for job creation among the population, especially the youth who form the bulk of the population.

"Several young men and women have now worked as sales executives in our dealer shops while others have now started their own shops buying from us in bulk or importing directly from China," added Dahir.