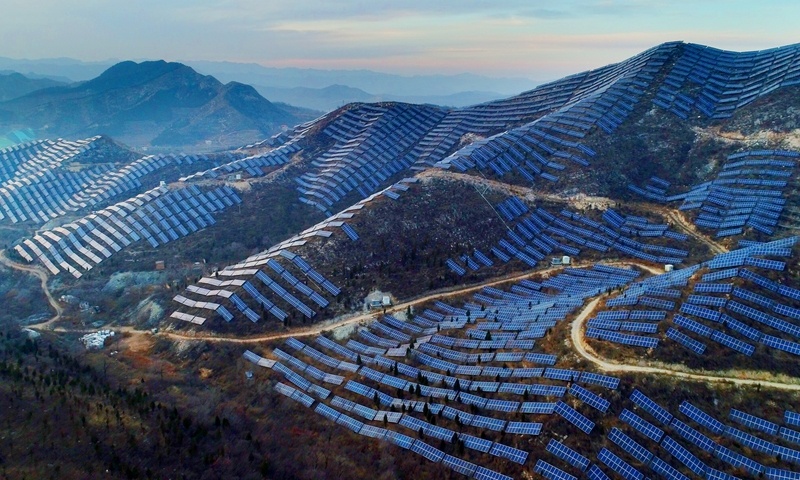 China's national carbon market is running smoothly since its launch on July 16, attracting the attention of an increasing number of enterprises, and the pricing for carbon quotas has been in line with expectation. However, industry insiders call for the introduction of institutional investors to facilitate overall transactions.

According to the Shanghai Environment and Energy Exchange, the price for carbon quotas stood at 52.96 yuan ($8.18) per ton at the closure on Friday, an increase of about 10 percent compared with the opening price at 48 yuan on its first trading day.

Carbon dioxide emissions linked to more than 2,000 power companies involved in the first trading group had been estimated to exceed 4 billion tons per year, making the market the world's largest in terms of the amount of greenhouse gas emissions covered.

Industry insiders said that there is a noticeable wait-and-see attitude in the market, and current trading couldn't reflect the country's policies and actions in facilitating carbon dioxide emission peak and neutrality.

Currently, enterprises are assigned quotas for carbon emissions for free and therefore they need to buy only a small number of permits, leading to less motivation to make transactions, Lin Boqiang, director of the China Center for Energy Economics Research at Xiamen University, told the Global Times on Sunday.

Take power companies that are initially involved for example. Lin said that these enterprises may not be able to focus their attention on carbon trading during summer electricity consumption peak, especially in the face of challenges created by high coal prices.

Meanwhile, as was reflected during pilot operations, carbon trading may be delayed because enterprises' unfamiliarity with the processes as well as unfamiliarity of their surplus emission allowances, Chen Zhibin, senior consultant from Sinocarbon Innovation & Investment Co, told the Global Times on Sunday.

"A decisive factor of carbon market trading is how many quotas companies are assigned. Given that the authorities still carry out assessment of these enterprises' power supply and workload in 2020 and how many carbon emission quotas they'll obtain in 2021, they couldn't go to the market," Chen said.

In a bid to boost market activity, experts said that policies are needed which target the assignment of carbon emission quotas and the introduction of more trading entities, including more institutional traders.

"One way to attract more investors is to encourage the entry of state-owned capital, since the current low carbon trading volumes are not attractive enough to many institutional investors," Lin said, noting that supervision should be strengthened accordingly to prevent potential risks.

Meanwhile, experts have called for efforts to prevent speculation and excessive financialization of the national carbon trading market. The fundamental objective of the program is to help reduce emissions.

In pursuing a green growth path, China has been working on all fronts to transform its coal-centered energy structure and build a clean and diversified energy supply system.

Zhang Xiliang, director of Institute for Energy, Environment and Economy of Tsinghua University, said that the country's carbon trading market will introduce more industries including steel, petroleum and non-ferrous metals in the future, with overall coverage of carbon emissions expected to exceed 7 billion tons a year, or over 70 percent of the country's total carbon emissions, the China News Service reported.

He said that the country's carbon prices will likely rise to $8-10 per ton during the 14th Five-Year Plan period (2021-25) and $15 per ton between 2026-30, considering growing cost in reducing carbon emissions to achieve the goal of peaking carbon dioxide emissions by 2030 and achieving carbon neutrality by 2060.

Relevant government agencies and industry associations are ramping up efforts to figure out the carbon emissions for key industries in advance of their introduction into the national carbon trading market, domestic news portal Yicai reported on Thursday.

The Ministry of Ecology and Environment said on July 27 that authorities will conduct a pilot program in key industrial regions, including North China's Hebei Province, Northeast China's Jilin Province and East China's Zhejiang Province, to assess carbon emissions at projects in industries from power to petrochemicals. 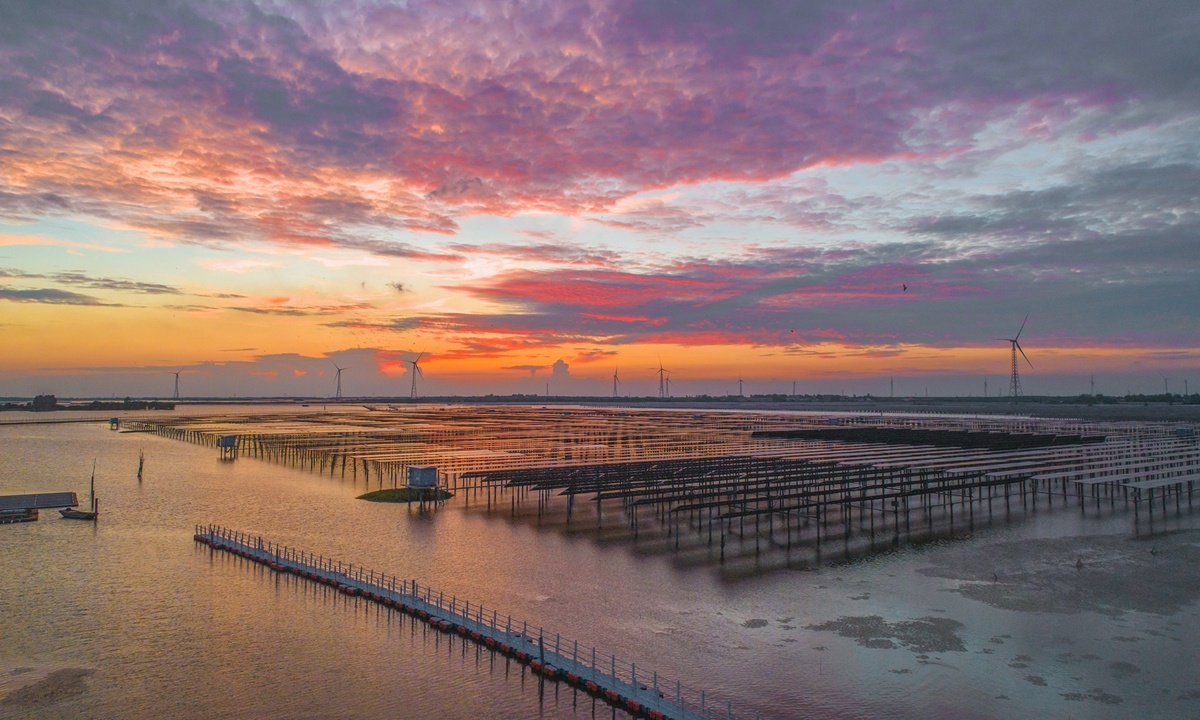 A renewable energy base in Sihong County, East China's Jiangsu Province is seen on Sunday as wind turbines spin. The base can generate 650 million kilowatt-hours of power annually, with tax revenue of 50 million yuan ($7.7 million). The annual income of fishery breeding amounts to 45 million yuan, and tourism income to 20 million yuan. A total of 640,000 tons of carbon emissions can be avoided every year. (Photo: VCG)

Experts noted that different carbon emission reduction measures should be taken in line with industries and regions. For example, eastern coastal cities have released a roadmap for peaking carbon dioxide emissions as soon as possible to serve as benchmark for the rest of the country, while other provinces should continuously reduce emissions through medium- and long-term transformation and technology innovations.

Peng Wensheng, chief economist at China International Capital Corp, projected that green investment opportunities worth 140 trillion yuan will be created in China over the next 40 years.

He suggested the development of green finance should be facilitated in five areas, for example, setting up a universal Chinese green standard, formulating obligatory green information disclosure mechanism, and improving incentive policies to boost the comprehensive development of the green financial market.