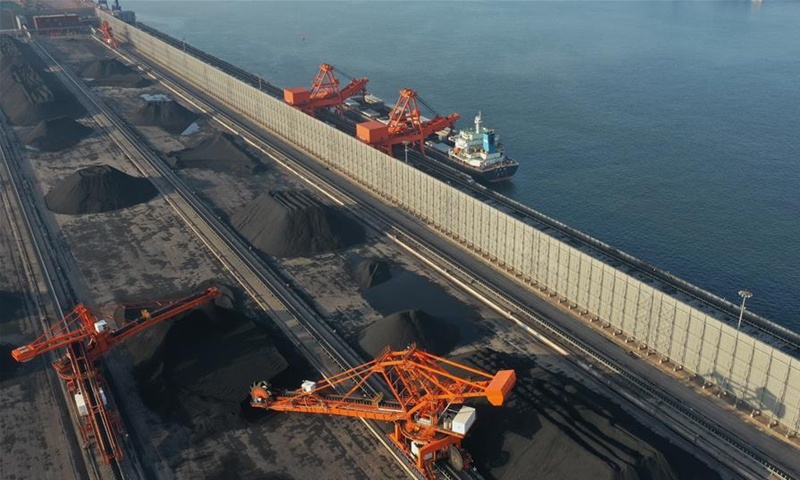 As winter approaches driving demand for electricity and heating, the coal demand in China has edged up considerably, Meng Wei, spokesperson of the NDRC told a press conference on Wednesday.

Regarding on the soaring coal prices on the spot market, Meng said the coal price is stable generally as the power plants in China mainly procure coal by signing medium and long-term contracts.

"At present, more than 80 percent of the coal suppliers adopt medium and long-term contracts with the bargain price ranging between 540- 550 yuan ($82.59-$84.12) per ton. The rising prices in the rest part of the market which account for a small portion will not impact the coal supply for winter heating," Meng noted.

The commission vowed to adjust the coal demand through increasing supply, and will guide the market to stabilize coal prices at a reasonable level.

According to data from the National Bureau of Statistics, China's coal prices rose over the first 10 days of December. The price of high-quality coal produced by North China's Shanxi Province rose 3.2 percent to 585.8 yuan per ton compared with 10 days ago; and the price of coking coal grew 1.3 percent to hit 1,377.5 yua per ton.

Lin Boqiang, director of the China Center for Energy Economics Research at Xiamen University, told the Global Times that deteriorating China-Australia relations and seasonal factors were driving up coal prices, but the rising trend won't last long once winter ends.

"Due to the frayed relations between China and Australia as well as the coronavirus which delayed customs clearance, China's coal imports dropped this year," Lin noted, explaining the country's domestic coal production capacity is enough to sustain needs.

"Even if Australia keeps putting pressure on bilateral relations, its coal industry will suffer the losses ultimately, once China's coal peak season ends," Lin said. China, which imported $14 billion worth of Australian coal in 2019, was a major exporting market for Australia.

More importantly, Chinese energy experts emphasized that the country's clean energy goals would bring down its coal needs which will lead to less purchase of coal.

"In recent years, China has been ramping up efforts to develop renewable clean energy while lowering carbon emissions," Wang Yongzhong, director of the Institute of Energy Economy at the Chinese Academy of Social Sciences, told the Global Times.