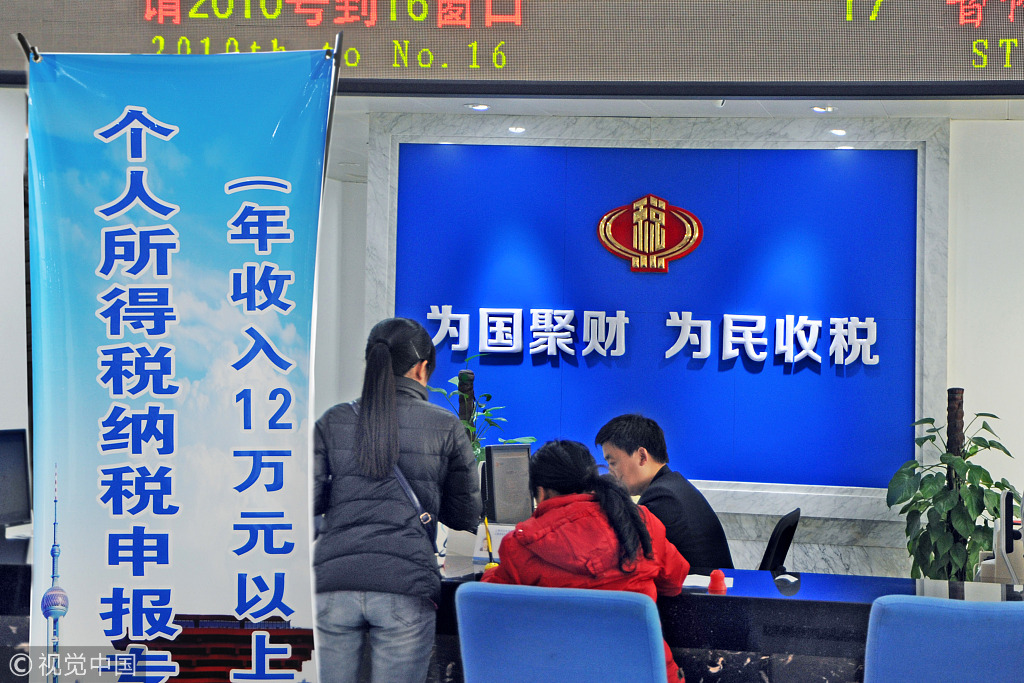 The proactive policy stance, however, does not mean massive economic stimulus, he reiterated.

"We are studying measures to further cut taxes and reduce fees, aiming to ease the burden in the corporate sector," Liu said. "The special deduction plan for personal income tax is also being researched, to increase residents' income and boost consumption."

The total tax cut this year is expected to exceed 1.3 trillion yuan ($189.28 billion), higher than the 1.1 trillion yuan tax cut target set at the beginning of this year, according to the minister.

Stronger government expenditure, in the meantime, will support key construction projects and improve people's livelihoods, although the fiscal income is likely to slow down in the second half of this year, Liu said.

To better use the government's money, or make its expenditure more efficient on some key areas, the country aims to build a comprehensive budget performance management system in three to five years to monitor revenues and expenditures of governments at all levels, according to a regulation document released by the Central Committee of the Communist Party of China and the State Council on Tuesday.

The regulation will apply to budgets for general public finance, government managed funds, state capital operations and social insurance funds. All the major policies, investment and financing projects will be evaluated during the process.

“The Finance Ministry will coordinate with other government departments to implement the regulation,” Liu said.

So far this year, the central government has spent 409.4 billion yuan on infrastructure construction, accounting for 94.2 percent of the annual budget. The projects focus on infrastructure of innovation and ecological environmental protection.

Talking about the rising trade tensions between China and the United States, the minister said, "We have taken targeted countermeasures, in compliance with WTO rules, to protect free trade and the multilateral mechanism."

For companies that have been influenced amid the trade tensions, the Financial Ministry has issued supportive measures, including those to coordinate and solve problems related to their exports, and support staff retraining and internal personnel transfer to ease unemployment pressure.

This year, the US has already imposed additional tariffs on $250 billion worth of Chinese goods and threatened to sharply escalate the trade friction, with levies on a further 267 billion US dollars of Chinese products.

"What the US has done has harmed the interest of Chinese companies and foreign companies in China. It has also led to distortions in the world economy, as well as shaken the globe confidence on economic development outlook," Liu said.

"China's macroeconomic indicators, however, remain stable at the moment, with GDP growth rate in the range of 6.7-6.9 percent for 12 quarters running. I believe Chinese companies and foreign companies in China are able to survive this, achieve better development," he added.