China's foreign trade maintained steady growth in the first seven months of this year despite escalating trade tensions with the United States, with data pointing to a more balanced trade picture. 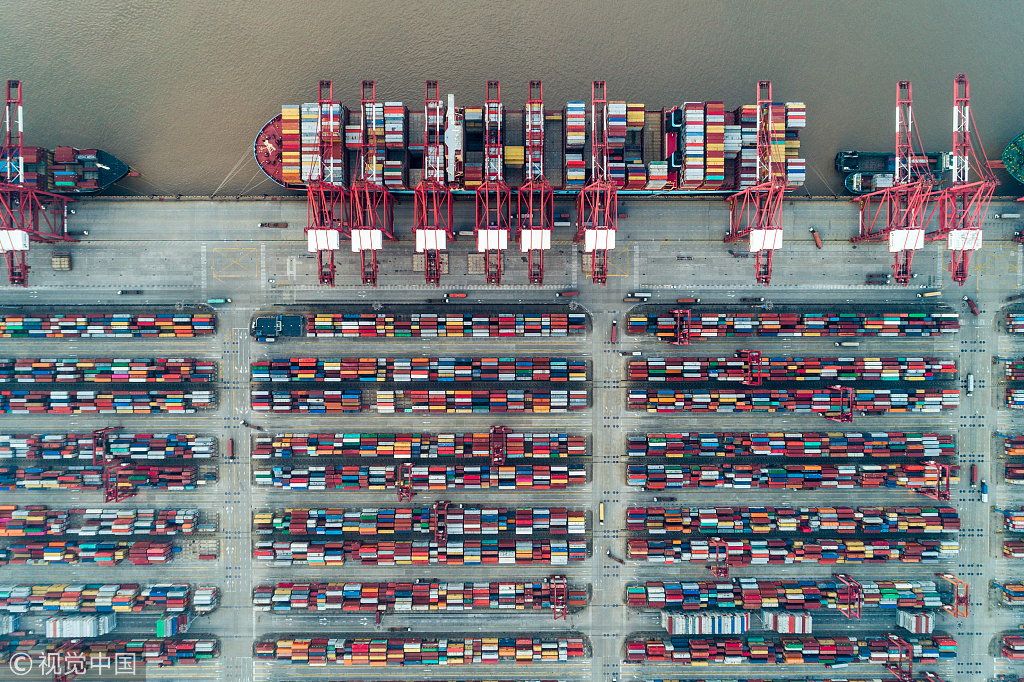 Exports rose 5 percent year on year while imports grew 12.9 percent, resulting in a trade surplus of 1.06 trillion yuan, which narrowed by 30.6 percent, according to the General Administration of Customs.

"The steady growth in the first seven months is a hard-won result amid external uncertainties," said Bai Ming with the Ministry of Commerce research department.

July's trade data was under the spotlight as it was the first reading since fresh US tariffs on a wide range of Chinese goods went into effect.

The United States slapped an extra 25 percent tariff on $34 billion worth of Chinese imports beginning July 6, to which China responded with an equivalent retaliatory measure.

In July, China's exports rose by 6 percent to 1.39 trillion yuan, a reading that beat market expectations, Huatai Securities said in a research note.

The better-than-expected growth might be partly because China tends to strengthen economic and trade ties with other major economies amid trade tensions with the United States, it said.

Wednesday's data showed that China's trade with the United States totaled 2.29 trillion yuan in the first seven months, up 5.2 percent year on year.

During the same period, trade with the European Union, its largest trading partner, climbed 5.9 percent, and trade volume with ASEAN countries increased by 11.6 percent.

Trade with countries along the Belt and Road totaled 4.57 trillion yuan, up 11.3 percent year on year, 2.7 percentage points faster than the average growth rate, data showed.

"The tariffs have so far had a limited impact on overall trade," China Merchants Securities said in a research note.

While short-term effects might be mild, the impact of US tariffs on China's trade may be gradually revealed as time passes and more tariffs on Chinese goods threatened by the United States take effect, it noted.

China has been seeking a more balanced trade pattern, with a series of pro-import policies introduced.

The policy incentives have had positive impacts on imports, Huatai Securities noted.

It added that a decision of intensifying efforts to improve infrastructure, made at a meeting of the Political Bureau of the Communist Party of China Central Committee in late July, will further drive imports of industrial raw materials such as iron ore.