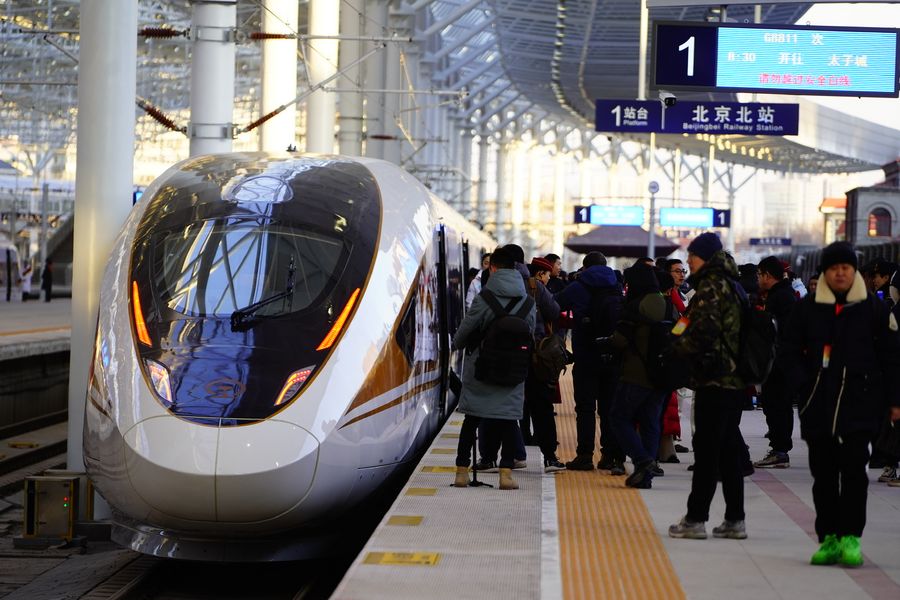 The country's fixed-asset investment in the sector is estimated to rise 2.2 percent year on year to 3.22 trillion yuan (about 468 billion U.S. dollars) after deducting price factors, according to the Ministry of Transport (MOT).

Investment in road and waterway transport climbed 2.6 percent year on year to an estimated total of 2.32 trillion yuan, surpassing the 1.8 trillion yuan as planned for the year.

It is estimated that annual cargo volume stood at 53.4 billion tonnes, registering a 5.5-percent yearly growth. Road cargo freight expanded 5.1 percent year on year, while those transported via waterway and highway up 6.3 percent and 6.8 percent, respectively.

Commercial passenger traffic recorded an estimated total of 17.6 billion trips, 1.9 percent lower than one year earlier, narrowing the decline by 1.1 percentage points from 2018.

The structure of the sub-sector improved in 2019, with rail and civil aviation passenger capacity posting strong growth and passenger car trips via highway up 8.8 percent. Road and waterway passenger volume decreased 4.8 percent and 2.6 percent, respectively.