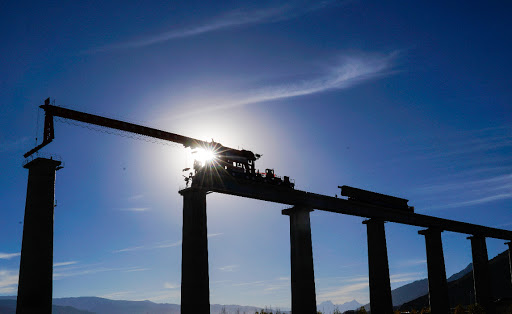 China's fixed-asset investment in the transport sector expanded 10.5% year-on-year in the first eight months of 2020 as the sector continued to recover from the impact of COVID-19.

The country's investment in its transport infrastructure totaled 2.1 trillion yuan (about 308.37 billion U.S. dollars) from January to August, with the pace of growth accelerating 1.1 percentage points from the January-July period, according to the Ministry of Transport.

Investment in road and waterway construction climbed 13.4% to top 1.61 trillion yuan during the period, fulfilling 89.5% of the government's annual target set for the year.

In August alone, the country invested 329.8 billion yuan in the transport industry, up 16.8% from one year earlier.

With its effective control of the COVID-19 epidemic, China has seen continued recovery in its economic activity, as passenger, freight and port throughput volumes all posted accelerating growth.