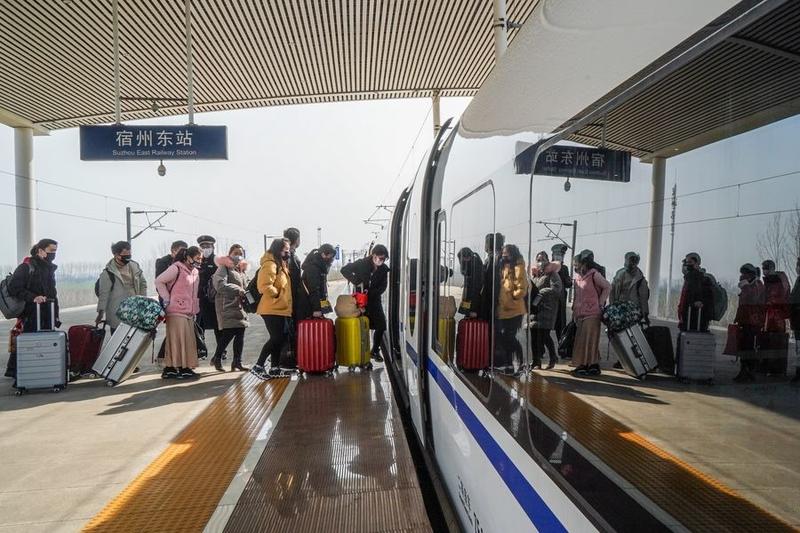 Airborne passengers undertaken by China's civil aviation system have recovered to 98 percent of previous years' level in the third quarter of this year, showing the country's rapid economic recovery from the CODID-19 pandemic, according to the Ministry of Transport.

Meanwhile, passengers taking the country's high-speed trains have recovered 80 percent at the end of the third quarter, the ministry said.

The freight volume has returned to normal levels too.

Freight volume came to 32.78 billion tons in the first three quarters, a year-on-year decrease of 3.3 percent, 4.5 percentage points higher than the average level recorded in the first half year.

The postal express industry completed 56.14 billion pieces of business in the first three quarters, a year-on-year increase of 27.9 percent; the total number of China-

In the first three quarters, China's fixed-asset investment in the transport sector grew by 9.8 percent to reach 2.51 trillion yuan ($374.02 billion).