China appears to have comfortably achieved sufficient employment in 2018, even if it has some thorny structural issues to attend to in the new year, Chinese analysts said on Monday. 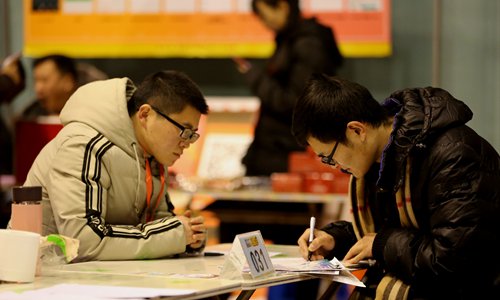 A job hunter applies for a job at a job fair in Huaian, East China's Jiangsu Province in January. (Photo: VCG)

The comments came after the National Bureau of Statistics (NBS) on Monday posted economic performance figures for 2018, showing that the surveyed unemployment rate for urban areas ranged from 4.8 percent to 5.1 percent, in line with the government target set at the start of the year of "less than 5.5 percent."

In December, the surveyed unemployment rate stayed at 4.9 percent in urban areas, 0.1 percentage point lower than a year earlier, said Ning Jizhe, head of the NBS.

In December, the surveyed unemployment rate in 31 major cities was 4.7 percent, 0.2 percentage point lower than in December 2017. The rate for the main working-age population (aged 25 to 59), was 4.4 percent, the same as in November.

China attaches great importance to ensuring a stable job market. In the Central Economic Work Conference held in December last year, the employment situation was put first among six important areas that the government aims to stabilize. The other areas were the financial sector, foreign trade, foreign investment, domestic investment and market expectations.

Nationwide, 13.61 million new jobs were created in urban areas, up 100,000 from 2017. The figure was successfully kept above 13 million per year for six consecutive years.

The US had a 3.9 percent surveyed unemployment in December, and the EU's surveyed jobless rate is 8 percent to 10 percent, according to Ning.

Li Chang'an, a professor at the Department of Public Economics at the University of International Business and Economics, told the Global Times on Monday that the job figures provide an objective representation of the general picture, quashing rumors of massive job cuts and reports that companies can't recruit the people they need.

"The national figure shows that these structural problems did not hinder the general trend of a stabilized job market in 2018," Li said.

In 2019, China will have to deal with long-term structural issues such as regional imbalances and short-term structural woes such as the impact of the China-US trade war, which is hurting China's processing trade and manufacturing industry, Li added.

Ning said that media reports about some manufacturers such as Foxconn slashing many jobs should be seen in an objective light. 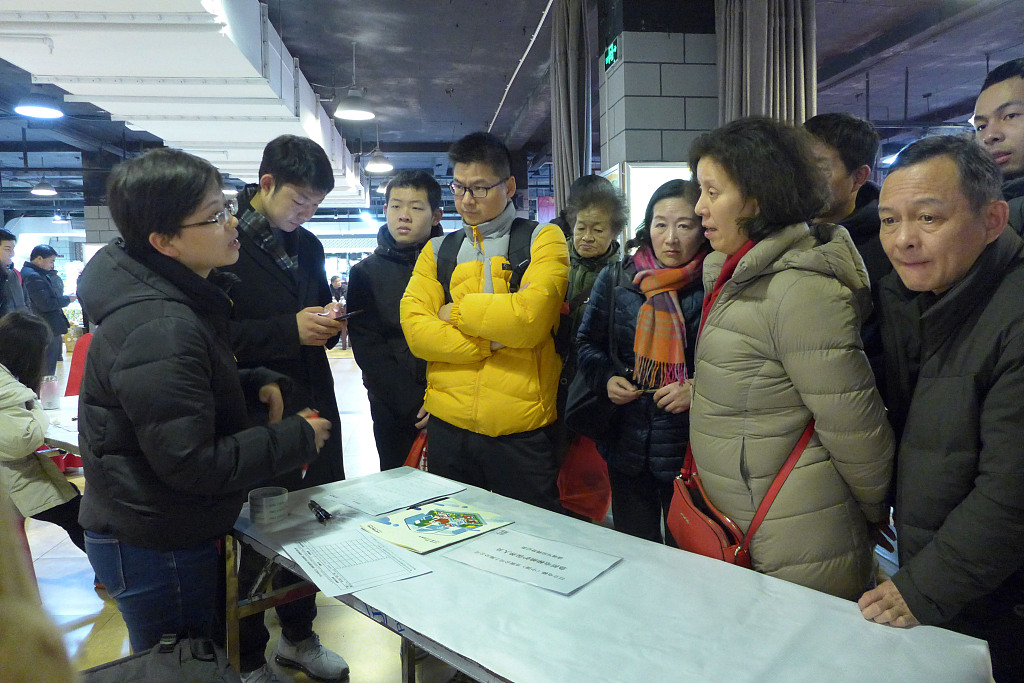 "Some foreign capital comes, some leaves, that's all natural," Ning said. Even as the Chinese economy faces unseen downward pressure, it has successfully landed some projects led by foreign capital. "Some projects are worth more than 10 billion yuan [$1.47 billion]," Ning said, probably referring to massive investments by German chemical giant BASF and automaker BMW AG last year, or to US-based electric car maker Tesla's $2 billion Gigafactory in Shanghai, where construction started in the first few days of 2019.

Li said, however, that a surveyed unemployment rate of 4.9 percent is within a comfortable range for the economy, noting that ultra-low rates in the US will add pressures involving inflation and salary hikes.

Long-term efforts should be made to improve the quality of China's employment, just like what was done with economic growth, Li said. The overall quality of employment in China has huge scope for improvement in terms of salaries, benefits and work hours, noted Li.

Wan Zhe, chief economist with the International Cooperation Center of China's National Development and Reform Commission, said that the figures also show the resilience of the Chinese economy as the government has stepped in with support efforts in the monetary and fiscal areas, as well as efforts to forge a better business environment.

"There will be a rising challenge for governance as technology advances, wiping out old jobs and creating new ones," Wan said, noting that the 2019 employment target is likely to remain on the same level as in 2018.

But, after each Industrial Revolution in world history, there have been more jobs and more consumption power, not less, Wan noted.