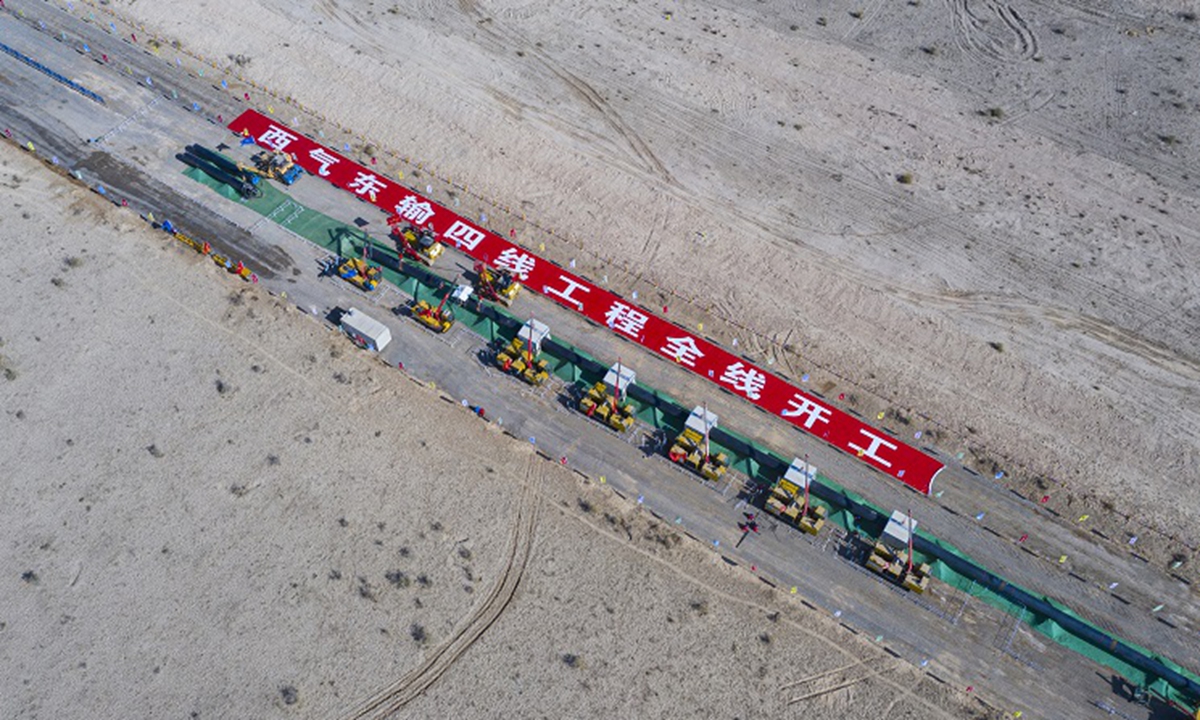 The No.4 pipeline of China's west-to-east gas transmission project is under construction. (Photo: Screenshot of the official website of Pipe China)

According to the construction outline, the core phase of the No. 4 pipeline from Turpan city in Xinjiang to Zhongwei, crossing two autonomous regions and one province and with a total length of 1,745 kilometers, will be built as a priority.

The Turpan-Zhongwei phase has been designed to have annual transmission volume of 15 billion cubic meters which will be doubled after extension, which will largely ease the peak transmission load in winter by connecting domestic gas field in Tarim Basin in Xinjiang, said Pipe China.

Multiple advanced techniques will be applied in the construction keeping the working day for one-kilometer-pipeline to within four days. The new pipeline and related equipment will be deployed following in-service pipeline to reduce cost and damage to environment.