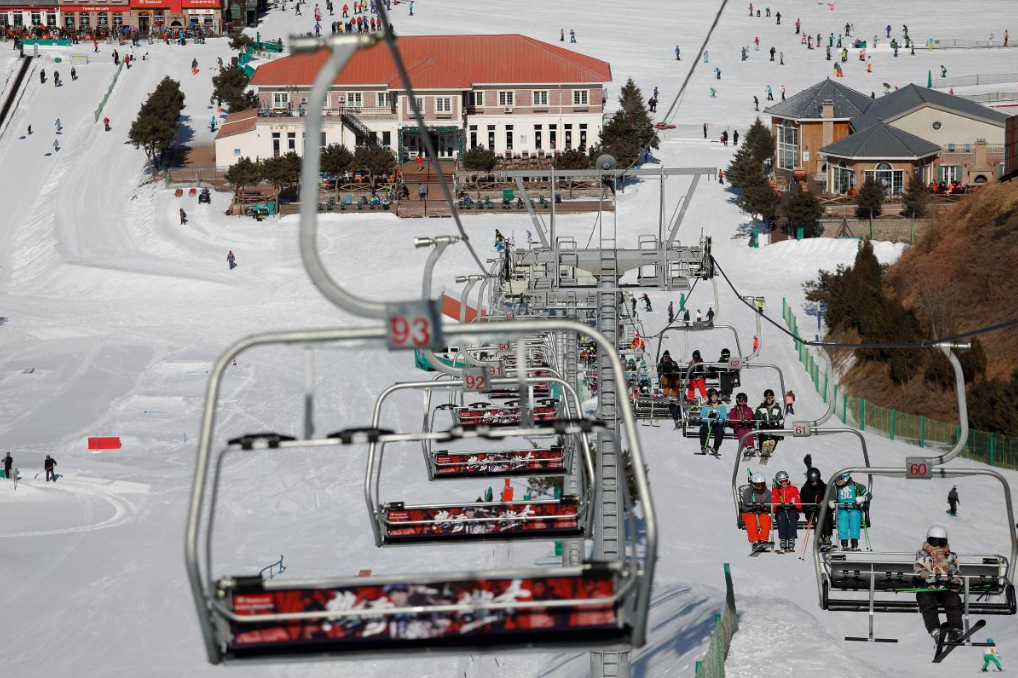 While bidding for the right to host the Winter Olympics, Beijing solemnly promised the international community to set an example for the development of winter sports.

In fact, with a population of 1.5 billion people and vibrant economy in addition to burgeoning sports industry, East Asia as a whole is on the way to becoming another hotspot for hosting the Olympics after Europe and North America.

Obviously the dip in enthusiasm for hosting the Winter Olympics in the United States, Canada and some developed countries in Europe is not only related to those countries' lackluster economic performance, but also their limited space for the further development of winter sports. According to research, Canada's winter sports population and the industry as a whole have hardly grown much since the 2010 Vancouver Winter Olympics. In other words, the winter sports industries in these countries are already close to saturation and would not be significantly elevated by hosting Winter Olympics.

China is in a different situation. Previously, the Winter Olympics have never been held in a city with more than 1 million people, but the combined population of Beijing and Zhangjiakou, the co-host city of 2022 Winter Olympics, exceeds 25 million, thus providing enough carrying capacity and huge space for the development of the winter sports industry, which is still in its infancy in China. It can be said despite the comparatively smaller scale of the Winter Olympics to Summer Olympics, the stimulus and impetus the 2022 Winter Games can inject into Beijing and Zhangjiakou's economic development would be hard to match in any other way.

Driven by the strong motivation of hosting Winter Olympics, the Chinese government has created and enacted the Promotion Plan of Mass Winter Sports and the National Construction Plan of Winter Sports Infrastructure (201622). The former targets the involvement of 50 million people in winter sports pursuits and 300 million people participating in winter sports by 2025 and the latter aims to build 650 skating rinks and 800 ski resorts by 2022.

Private capital has for a long time been main investor in China's development of its winter sports industry. Yet since Beijing bid for the Winter Olympics, institutional investors and dominant enterprises in other industries, even overseas entities, have looked to tap the potential of people's growing interest in winter sports aroused by 2022 Beijing Winter Olympics and get their own slice of the cake.

Last year, the scale of the Chinese winter sports industry reached 397 billion yuan ($60.17 billion) and it is expected to hit 600 billion yuan in 2020 and ultimately reach 1 trillion yuan in 2025 hitting the target of accounting for 20 percent of sports industry's gross output. The latest data show that China's ski resorts had nearly doubled to more than 700 in 2017 from about 300 in 2014. Particularly worth mentioning is that of the less than 50 indoor ski resorts in the world China accounts for 21.

The initial benefits of winning the bid to host the 2022 Beijing Winter Olympics are substantial and noticeable with a growing number of people participating in winter sports. It can be expected that the event itself will offer an even bigger boost to China's winter sports industry. The author is a professor at National School of Development of Peking University.