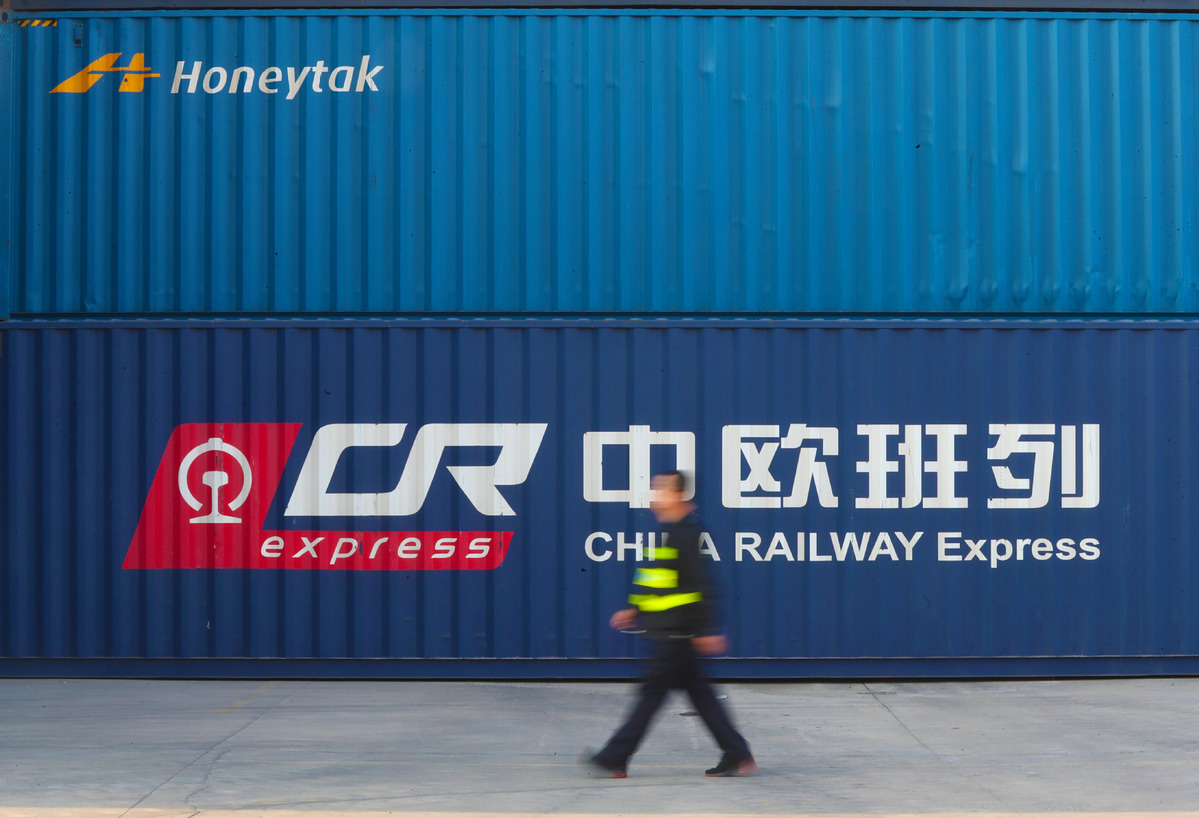 China has rejected the European Parliament's move to freeze the ratification of the EU-China investment deal if Beijing doesn't remove its sanctions on individuals and entities in the European Union.

A resolution that was passed in the parliament on Thursday with 599 in favor, 30 against and 58 abstentions said that any consideration by the parliament of the EU-China Comprehensive Agreement on Investment and any discussion on its mandatory ratification by the members of the European Parliament have "justifiably been frozen" because of the Chinese sanctions.

China imposed sanctions on 10 EU individuals, including five MEPs, and four entities on March 22, the same day that the EU imposed sanctions on four Chinese officials and one entity over so-called human rights violations in the Xinjiang Uygur autonomous region under the new EU Global Human Rights Sanctions Regime.

Foreign Ministry spokesman Zhao Lijian said on Friday that China decided to sanction relevant entities and individuals on the EU side who maliciously spread Xinjiang-related lies and disinformation and severely harmed China's sovereignty and interests, out of the need to safeguard its own interests.

"This is a necessary, legitimate and just reaction to the EU's moves of imposing sanctions and seeking confrontation," he said at a daily briefing in Beijing.

Zhao said that China has every sincerity in developing its relations with the EU. But he added that China "will firmly safeguard its sovereignty, security and development interests. Sanctions and confrontation cannot solve the problems. Dialogue and cooperation is the right way forward."

Zhao called the agreement "a balanced and win-win deal that benefits both sides, rather than a gift or favor bestowed by one side to the other", adding that an early ratification of the agreement is in the interests of both China and the EU, and the two sides should make positive efforts for this to happen.

A spokesman for China's mission to the EU made similar comments on Thursday.

China and the EU concluded in principle negotiations on the agreement on Dec 30 after 35 rounds of talks spanning eight years. Both Chinese and EU leaders have applauded the agreement, to be approved by the European Parliament and 27 member states.

According to the European Commission, EU has invested 140 billion euros ($171 billion) in China over the past 20 years. It said the agreement will provide increased legal certainty, improved market access and fairer rules of engagement in this key global market for European companies, investors and service providers.

European Commission Executive Vice-President Valdis Dombrovskis said in March that the agreement will "help to level the playing field and provide more market openings for EU companies and investors".

The European Commission has described China as "a key trading partner for the EU with a fast growing domestic market of 1.4 billion consumers. It is expected to contribute to almost 30 percent of global growth in the next five years". China replaced the United States as the EU's largest trade partner for the first time in 2020.

Shada Islam, head of the New Horizon Project, a Brussels-based global strategy and advisory company, said that the current tension is not conducive to a rational discussion of the pros and cons of the agreement.

"The European Parliament resolution may not impact too much on the wider EU-China relationship, but in these volatile times, anything is possible," she said.

Hosuk Lee-Makiyama, a Brussels-based economist and director of the European Centre for International Political Economy, said that EU often assumes the world is static, and that the rest of the world never seeks to counteract its actions.

"It's odd. We assume we always get the last word, and people will just sit there quietly and listen. I don't think we have all the consequences thought out," he said.

He pointed out that there are basically two outcomes: De-escalation, or more retaliation. "The vote didn't make either more or less likely, but made the pursuit of the former more costly," he said.