China can find alternatives to US goods: analysts

China is seeking more channels for importing goods and services, as the country prepares for what officials and analysts believe could be a prolonged trade war with the US. 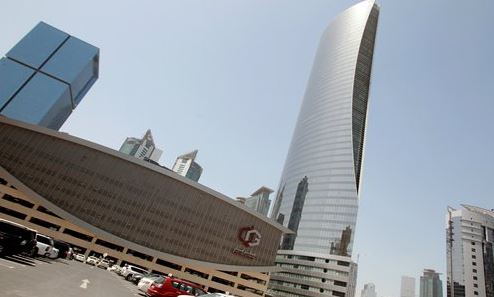 The world's second-largest economy has been trying to expand imports of high-quality products to meet growing domestic demand and US companies and farmers could miss out on lucrative deals because China can easily replace their products, while it will be harder for the US to find alternatives to Chinese goods, analysts said on Tuesday.In the latest move, Chinese government agencies and companies have paved the way for expanding imports of liquefied natural gas (LNG) from Qatar and imports of beef from the Czech Republic.PetroChina International Co and Qatargas Operating Co on Monday signed an agreement for the latter to supply around 3.4 million tons of LNG to China over the next 22 years, according to media reports. Under the deal, Qatargas will start to deliver the LNG to receiving terminals across China as soon as this month, Reuters reported. China has massive demand for LNG as efforts continue to fight air pollution and improve the environment. And the deal also reflects China's broad efforts to prepare for a prolonged showdown with the US, analysts said."With the China-US trade war continuing to escalate, I think there is now a widespread consensus that it will last for a long time and that we have to be prepared," Mei Xinyu, a research fellow at the Chinese Academy of International Trade and Economic Cooperation (CAITEC), told the Global Times on Tuesday.US to miss outMei pointed that there is huge demand for LNG in China and that the country had previously been trying to import LNG from the US as part of an earlier agreement to help the US address its massive trade deficit with China."But the US took a more confrontational approach in trying to force China to make concessions. That's why we have to find other sources for LNG imports," Mei said, adding that there are many countries that hope to sign LNG deals with China. "China can replace US products very easily. And other countries will benefit from the massive demand," he said.China could import as much as 65 million tons of LNG by 2020, up 70 percent from the current level, according to Reuters. In 2017, China's LNG imports reached a record 38.1 million tons, 46 percent more than in 2016."Even without the trade war, we would still have to find more sources of LNG imports. And with the trade war continuing, it has become increasingly important that we secure supplies of energy and other products," said Bai Ming, also a research fellow with CAITEC, which is affiliated with the Chinese Ministry of Commerce.In a separate move on Monday, the General Administration of Customs and the Ministry of Agriculture and Rural Affairs revoked an earlier ban on imports of beef from the Czech Republic, according to media reports."Beef is another area where we tried to import more from the US as part of the agreement reached last year, but the US pulled back so we have to find other countries for beef imports," Bai said.China has also lifted bans on beef imports from other countries, including France, in light of the trade war with the US. China lifted the ban on US beef imports in June 2017. "Not everything China does is related to the trade war, but we do have to prepare for it so that we have the upper hand," Mei said.