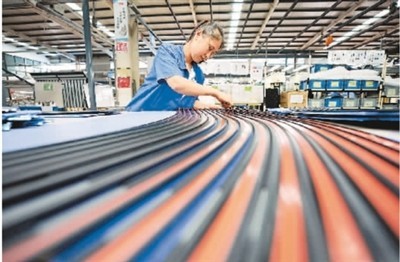 At a recent briefing held by the State Council, relevant people in charge from the Ministry of Human Resources and Social Security, the National Development and Reform Commission, the Ministry of Civil Affairs, and the Ministry of Agriculture and Rural Affairs sought to interpret “Opinions on Supporting Multi-Channel Flexible Employment” and “Opinions on Improving the Current Employment and Entrepreneurship Situation of Migrant Workers” which had been released earlier.

Li Zhong, deputy minister of the Ministry of Human Resources and Social Security, said the two opinions are aimed at strengthening targeted policy support for self-employed workers, part-time workers, new employment forms and other flexible employment forms, and solving the difficulties and problems encountered by key groups such as migrant workers in finding jobs and starting businesses.

"Flexible employment is diverse, and includes self-employment, part-time and new forms of employment, and covers about 200 million employees. While providing a livelihood for workers, they can ease the pressure on urban employment and help create jobs,” Li said, adding that supporting flexible employment through multiple channels is an effective way of stimulating the entrepreneurial vitality and innovation potential of workers, as well as an important way to solve the employment problem facing low-income groups.

"China now has 290 million migrant workers, more than 60 percent of whom are working in places other than their hometowns. Due to the effects of the early days of the epidemic, resumption of work for migrant workers has become a challenge. Recently, thanks to the joint efforts of all parties, the number of migrant workers returning to work has been gradually increasing,” said Li Zhong.

Li added that by the end of the second quarter, the total number of migrant workers reached 178 million, 97.3 percent of the same period last year, noting that the employment situation of migrant workers is still facing some pressure.

The expansion of flexible employment depends not only on support from the employment policies themselves, but also on solid improvement in the economic environment.

At the briefing, Ha Zengyou, director-general of the department of employment and income distribution under the National Development and Reform Commission, said the following work would be highlighted in the future - developing new industries and new forms of business to support flexible employment, improving the business environment and promoting flexible employment.