China's rail freight transport volume, an indicator of broad economic activity, reached 2 billion tons in the first seven months of this year, rising 4.3 percent year-on-year, a sign that it is recovering from the shock of the COVID-19 epidemic. 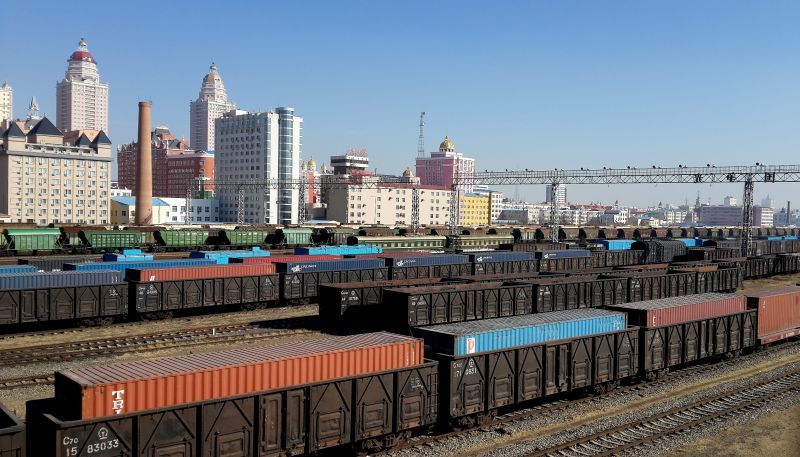 Scenes like this are taking place almost every day. Shanghang county in Longyan city is an important precious metal base in China. So far this year, its pillar enterprise Zijin Copper Co., LTD has seen a year-on-year growth of 12 percent in cathode copper output, and a 13.4 percent year-on-year rise in its output growth.

However, at the height of the epidemic, as the company was planning to export 5,000 tons of cathode copper products in February, arranging for shipments to the port proved to be a challenge.

Liao Yuanhang, general manager of Zijin Copper Co., LTD., recalled that fortunately, representatives from the Shanghang Railway Station came to the company and instructed the manufacturer to measure the size, weight and other information of the goods on the spot. On the same day, the company finalized an urgent transportation plan and shipped all 5,000 tons of cathode copper in just four days, ensuring the company was able fulfill its contracts on schedule.

After putting its faith in China’s railway freight transport, Zijin Copper Co., LTD decided to ship 90 percent of its annual mined copper, or about 500,000 tons, by rail. Since the beginning of this year, Shanghang Railway Station has transported 6,060 compartments of copper for Zijin Copper Industry, totaling 332,000 tons.

Bulk goods transport is the most important aspect of railway freight transport. Since the resumption of work and production across the country this year, railway freight trains have developed new engines in the midst of crisis, and strengthened the organization of transport for railways.

In bulk material transport, coal transport has proven to be critical. At the Xi 'an Bureau of China Railway in northwest China’s Shaanxi province, the transport volume of coal topped 78 percent.

The increase in rail freight transport volume not only stabilizes the fundamentals of railway freight, but also further reduces logistics costs for enterprises. For example, in the first half of this year, in order to support the transition to rail, the Beijing Bureau Group reduced 26 freight and miscellaneous fees, bringing the total costs for enterprises down by 900 million yuan ($129 million). A series of combined measures further increased the railway transport market share.