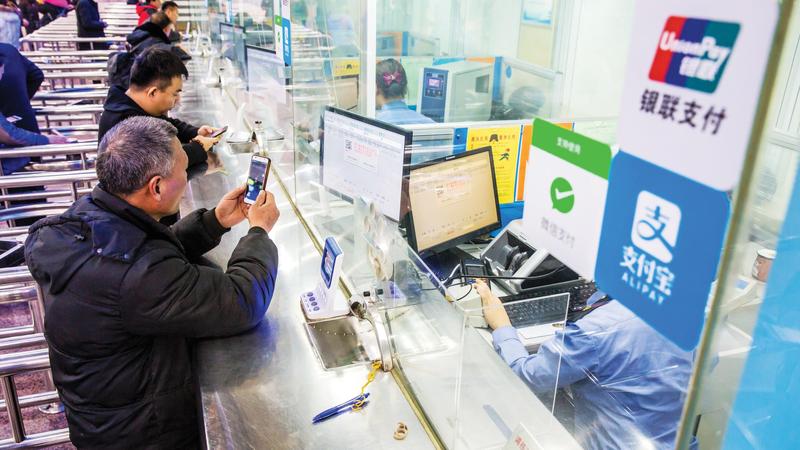 A passenger scans a QR code to purchase a train ticket via a mobile payment platform at the Beijing West Railway Station. (File photo: Imagine China)

The report, based on a survey of more than 60,000 people, showed that over 20 percent of respondents used mobile payment more than five times a day in 2019.

Customers involved in the survey spent more than 2,900 yuan (about 408 U.S. dollars) each month on average via mobile payment, up 11 percent year on year, the report said.

The survey, jointly conducted by China UnionPay, 17 commercial banks and 18 payment entities, collected about 62,000 questionnaires, with around 70 percent of the respondents aging between 25 and 45 years old.

Owners of micro and small businesses were the most active users of mobile payment, which had deeper penetrations in scenarios including buses, metro systems, parking lots and gas stations in 2019, the report said.

People also had better awareness of risk prevention, with the proportion of respondents experiencing online fraud and reporting losses down 16 percentage points and 26 percentage points, respectively over one year earlier, said the report.