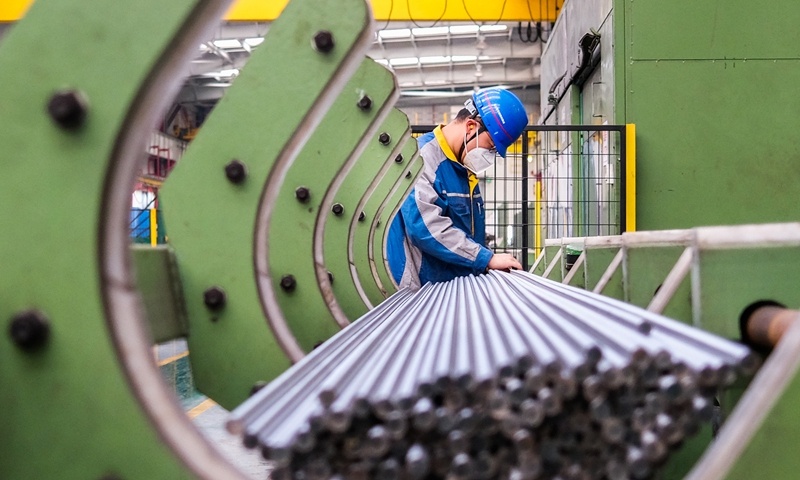 China's import of steel hit a new high in September, according to the Ministry of Industry and Information Technology (MIIT).

The country had imported 2.89 million tonnes of steel in September, with the import price averaging 689 US dollars per tonne, data from the MIIT showed.

China's steel market witnessed hot demand in 2019 thanks to the steady operation of infrastructure building, real estate and other downstream industries.

Steel consumption totaled about 880 million tonnes in 2019, up 6 percent year on year from 2018, according to the China Iron and Steel Industry Association.