The COVID-19 won’t change the development trend of the Chinese economy despite its temporary impacts. As prevention and control measures become regular and routine, work resumption is speeding up across the country, and order of production and life is also restoring. 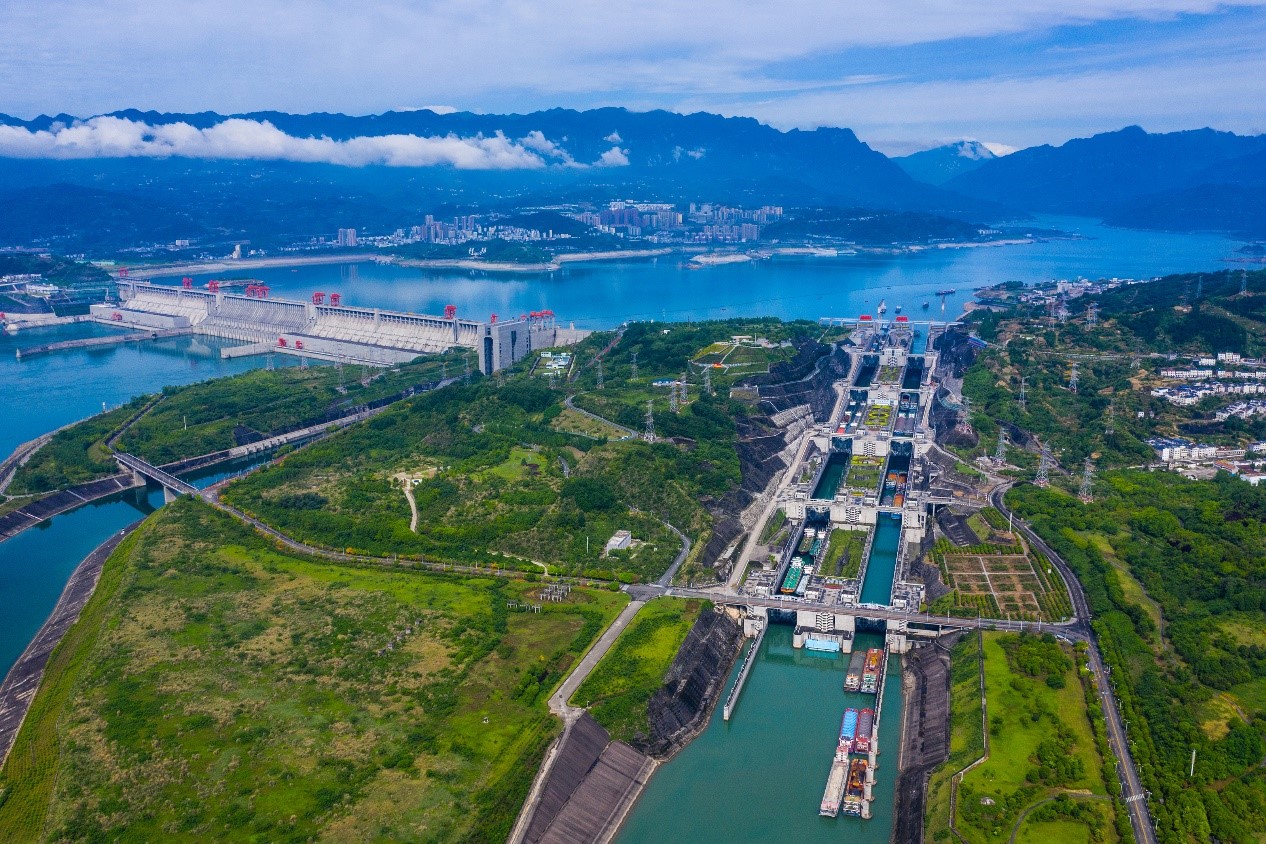 The volume of cargos passing the ship lock of the Three Gorges Dams has grown steadily as the demand for water transportation in the upper and middle reaches of Yangtze River increases following the gradual work resumption in China. In April, 412,400 tons of cargos were handled by the ship lock, up 13.31 percent from the previous month and a year-on-year growth of 5.47 percent. The volume has returned to and even surpassed the normal level. Photo by Zheng Kun/People’s Daily Online

With various policies unveiled to stabilize employment and increase production, the Chinese society is upbeat about economic recovery.

Machines are now cranked up on a yoga mat production line of a company based in Jinjiang, southeast China’s Fujian province, presenting a busy scene as usual, from foaming to printing, and to packaging.

“When the four factories of the company resumed production in early February, only less than half of the employees returned, and now all of them are back,” said Su Yugu, general manager of the company.

“The output of the company hit 29 million yuan ($4.1 million) in the March-April period,” said Su, who is now back on a tight schedule again as the sales of home fitness products, such as resistance bands and yoga mats, soared.

The company is one of the many Chinese enterprises re-embracing development, and work resumption is being accelerated nationwide. 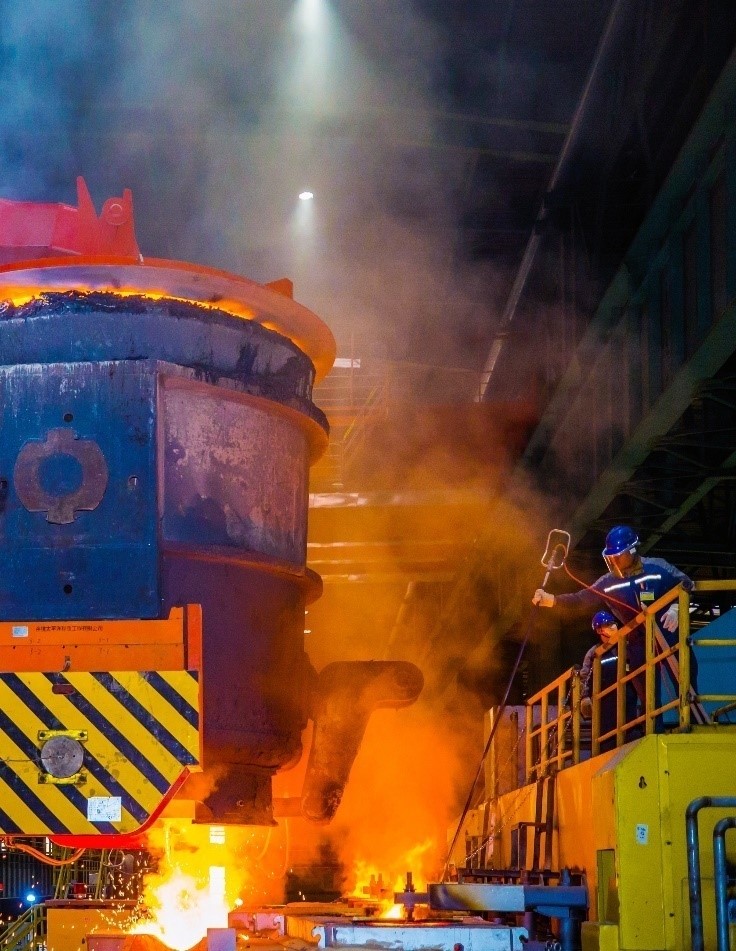 Photo shows a busy production line of a special metals company affiliated to Maanshan Iron & Steel Co., Ltd. in east China’s Anhui province. The company registered a record-high steel output in the first quarter of the year. Its turnover grew against headwinds with a sound momentum for work resumption. (Photo: Agencies)

At a factory located in an industrial park of Chinese electronics giant Hisense in Huangdao of Qingdao, east China’s Shandong province, about 3,000 workers are busy manufacturing smart TV sets. The production capacity of the factory has fully recovered.

A number of major projects have restarted construction. In April, central China’s Hubei province kicked off 464 new projects, each with an investment of more than 100 million yuan ($14.1 million). Besides, many projects at the 10-billion-yuan level have also resumed construction, such as the Core Hub of International Logistics of Hubei province and the Hubei section of the Zhengzhou-Wanzhou high-speed railway.

The hydro dam of the Aratax water conservation project, the largest of its kind in northwest China’s Xinjiang Uygur Autonomous Region recommenced, aiming to secure the four million people living in the plain of Yarkant River during the flood season this year.

The Dagu Hydropower Station, the largest hydropower project in southwest China’s Tibet Autonomous Region with a total investment of 12.2 billion yuan ($1.7 billion), has entered a peak season of construction. Its first generating unit is expected to provide power supply the next year as scheduled.

China’s outstanding achievements have won wide acclaim from the international community. United Nations Under-Secretary-General for Humanitarian Affairs and Emergency Relief Coordinator Mark Lowcock pointed out that the recovering Chinese economy will make a great contribution to securing a final victory in the global fight against the pandemic and ensuring the normal operation of the global economy.

Stephen Roach, a senior researcher at Yale University in the United States, believes that China is at the center of the global supply chain and plays an important role in global trade, hailing the country’s resumption of production as encouraging. 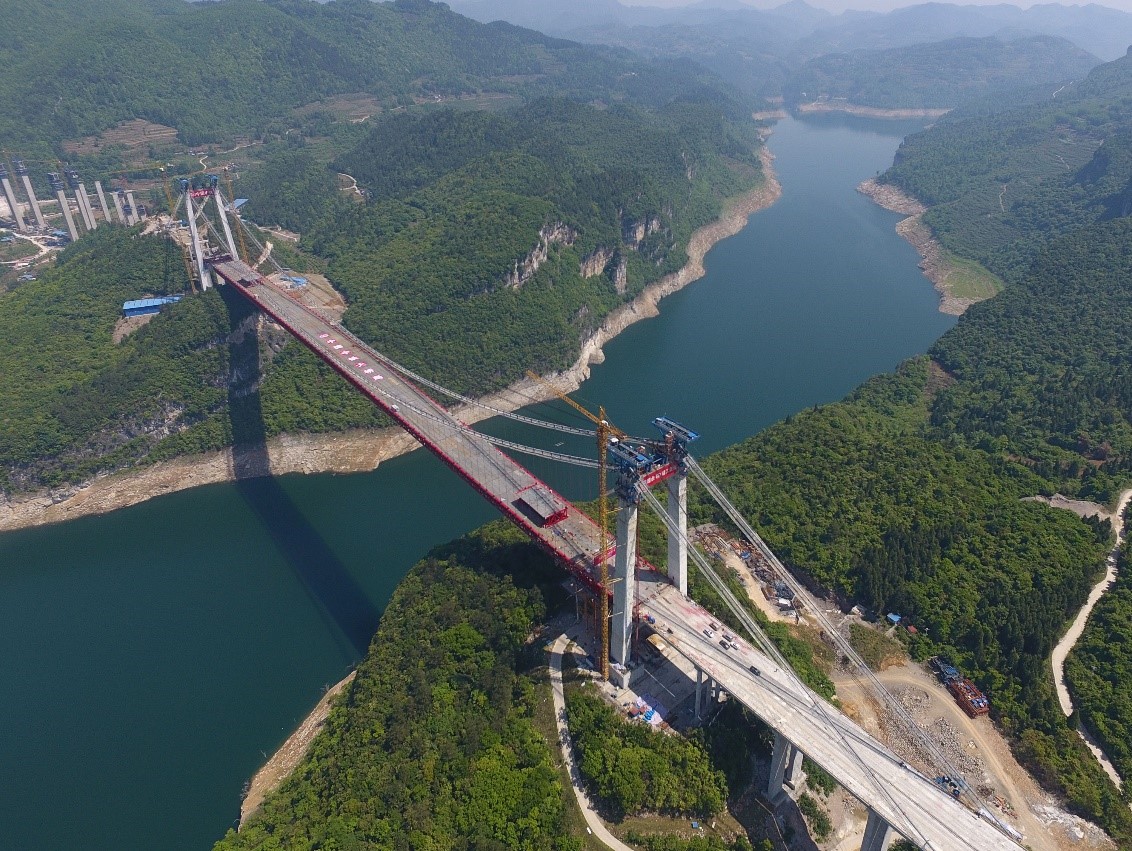 Aerial photo shows the Feilonghu Wujiang River Bridge under construction in southwest China’s Guizhou province. The bridge, with a main span of 680 meters, is a key project of the Zunyi-Yuqing expressway which is scheduled to open to traffic by the end of 2020. The expressway is the most convenient channel linking the Chengdu-Chongqing economic zone and the economic coordination zone in northern Guizhou province with the Pearl River Delta and the Beibu Gulf economic zone in the south.

Chinese authorities have launched fiscal, taxation, and financial policies to restore the capital chain, which is the lifeline of enterprises.

The Ministry of Finance and the State Administration of Taxation have further exempted value-added taxes for small and micro-sized businesses and individually-owned businesses.

The Ministry of Human Resources and Social Security (MHRSS), together with two other departments, are expected to slash the social insurance contributions of enterprises by over 600 billion yuan ($84.6 billion) in the first half of the year.

The People’s Bank of China and other departments have provided 2.85 trillion yuan ($400 billion) of low-cost lending for smaller businesses, especially micro-, small-, and medium-sized firms and individually-owned businesses, through special relending and rediscount.

A total of 90 policy measures in eight areas have been launched to accurately and effectively promote the resumption of production and assist enterprises.

The Chinese government acted quickly to wake up the economy, and there is still policy room to support the economic recovery in the future, he added.

Employment stability guarantees social stability. Various departments, including the MHRSS, have successively issued policies and measures to stabilize employment, including that for migrant workers.

A campaign was carried out to guarantee the demand for labor of key enterprises, helping over 10,000 central and local key enterprises recruit nearly 500,000 people to ensure orderly production.

Kenneth Kang, Deputy Director in the Asia & Pacific Department of the International Monetary Fund, believes that China is gradually resuming production, and its economy is expected to rebound in the second quarter and continue to recover in the second half of the year. China’s economy will grow substantially in 2021 as economic activity gradually normalizes, Kang said.

In the long run, China’s economy will continue to move forward, and he has full confidence in the country’s long-term development prospects, said Alan Barrell, a professor with Judge Business School at the University of Cambridge.